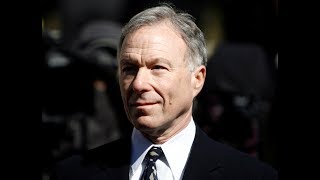 Can Republicans survive without dirty tricks?

Open question. Some historical and current examples cause pause as we consider this.

Trump has just issued a full pardon to then-Vice President Dick Cheney's criminal chief of staff I. "Scooter" Libby, a scoundrel and master of Dick's Tricks. In retaliation for former ambassador Joseph Wilson telling the truth in 2003 that Saddam Hussein was actually not attempting to purchase the radioactive material for possible nuclear weapon construction, Libby and Richard Armitage told several journalists that Wilson's wife was a covert CIA agent, thus blowing her cover, ending her career, and likely revealing the identifies of other US CIA covert operatives working to gather intelligence on WMD throughout the world.

Libby was rightly convicted and sentenced to 30 months in prison for lying to the FBI under oath, something the Trump regime has been doing for more than a year. National Security Adviser Mike Flynn, Trump campaign manager Paul Manafort, Trump campaign official Rick Gates, Attorney General Jeff Sessions (OK, under oath to the Senate in the case of Sessions), Donald Trump Jr., Jared Kushner, Trump himself -- just founts of disinformation, falsehoods, and buck-naked lies, either under oath or just out in the clear via tweets or Fox News bluster.

Now Trump is apparently setting the stage for a big round of pardons in anticipation of the conclusion of the Mueller investigation and the publication of James Comey's revelatory book. And to add to the concatenation of confusion and chaos, despite his denials, Trump is gearing up to fire Mueller in a last ditch effort to save his own hide. It is likely that Mueller has more than enough to either indict Trump himself or to send a report to Congress that would virtually mandate a launch of impeachment procedures.

We are getting ready to resist Trump. One pledge to rally in resistance if Trump moves on Mueller already has more than 300,000 who've signed up. Mueller is a Republican. Rod Rosenstein -- top Department of Justice official who appointed Mueller -- is a Trump appointee Republican. Even Comey was for most of his life, until his Trump disillusionment. The hyperbolic claims by Trump that those investigating him are all Democrats is way overblown.

Trump keeps appointing ideologues to run his agencies, including Department of Justice, and yet those chosen conservative Republicans seem loathe sometimes to commit the depth of fraud, abuse and corruption Trump expects, so they get fired. He is likely without Democrats (who are all part of the "deep state" by his lights) left to fire, so it's almost certainly going to be Republicans, most of whom he appointed, who will continue to bite the dust.

Our democracy is in great peril. If Trump takes the next corrupt and criminal step -- to end Mueller's investigation -- I will join those who hit the streets in nonviolent resistance. If we fail to rise up we fail to do our citizen duty to protect our very democracy.

Sign me up. If I'm arrested in our nonviolent actions attempting to shield our democracy from Trump attack, oh well. The greatest price would be to let him get away with it.

Tom H. Hastings is core faculty in the Portland State University graduate program in Conflict Resolution, a founding member of Whitefeather Peace House, Director of PeaceVoice, author of several books on nonviolence, on the governing council of (more...)

Related Topic(s): Corruption; Democracy Decay; Democrats; Dirty Political Tactics; Impeachment; Republican, Add Tags
Add to My Group(s)
Go To Commenting
The views expressed herein are the sole responsibility of the author and do not necessarily reflect those of this website or its editors.