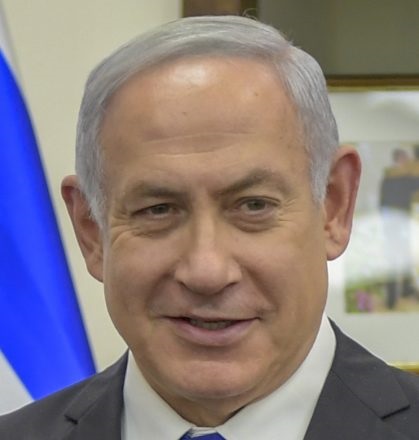 After a decade of coalition governments in Israel led by Benjamin Netanyahu, the language needed to describe them has necessarily grown more extreme.

At first, they were right-wing. Then ultra-nationalist. Recently, analysts have started to talk of Netanyahu leading a far-right coalition. Now it seems we may have to go further still.

Should he win Israel's election in April, Netanyahu's next government will be one that openly embraces the terrorist right.

Last week, the Central Elections Committee, a body overseeing the election process and dominated by the main political factions, gave the green light for Otzma Yehudit (Jewish Power) to run for the Israeli parliament.

That has shocked many observers, because the party is justifiably described as a Jewish version of the Ku Klux Klan.

But Otzma Yehudit won't only be expecting to win seats in the Knesset. Thanks to Netanyahu, it now has a good chance of becoming a partner in the next government.

The party, founded six years ago, is a political refuge for a group of disciples of the late Rabbi Meir Kahane. He and his followers are usually termed anti-Arab racists, but nowadays that applies to a significant swath of political opinion in Israel. They are better described as violent Jewish supremacists.

They back a Greater Israel that includes the occupied territories, all of which they want free of Palestinians. The leaders openly defend and associate with extremists within the settler movement who use terror and violence as a way to secure that very goal.

Last year, Otzma Yehudit's leader, Michael Ben-Ari, called for violence against Israel's 1.7-million-strong Palestinian minority, who have second-class citizenship, calling them "a fifth column" that was "waging war against us".

Ben-Ari has done so little to conceal his support for violence that the US issued a travel ban against him in 2012.

In response to the election committee's decision, Issawi Frej, an Israeli-Palestinian member of the Knesset, said: "Now our prime minister is laying out the red carpet before the man [Ben-Ari] who said a simple phrase: 'Kahane was right.'"

Pact with the devil

Netanyahu's pact with Otzma Yehudit last month was designed to get him out of an electoral hole.

Unsure of how his voters will respond to the indictments he now faces for bribery and fraud, and up against a group of military generals in a popular new party, Netanyahu needs to win over as many right-wing votes as possible wherever they come from.

Although there are technical reasons why Netanyahu needs Otzma Yehudit, he clearly believes that the political climate he has helped to foster over the past decade has made it acceptable to include these Jewish supremacists in his prospective government.

Related Topic(s): Citizens; Election; Israel; Israeli-palestinian; Jerusalem; Knesset; Leader; Likud; Palestinian; Racism; (more...) Violence, Add Tags  (less...)
Add to My Group(s)
Go To Commenting
The views expressed herein are the sole responsibility of the author and do not necessarily reflect those of this website or its editors.