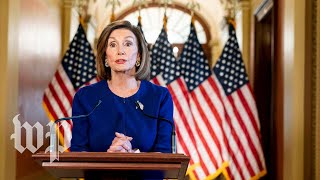 Let's get this straight. The following should not be construed in any way as a defense of Trump.

As we know the majority of Dems and Repubs are in the pocket of the big corporate interests, special-interest groups, the Israeli Lobby, the Kochs, Sheldon Adelson, George Soros and the like that underwrite our politicos' electoral campaigns. So let's spare us the uproar over Trump's phone conversation with Ukraine President Zelensky over the Donald's request for Zelensky to "look into" former VP Joe Biden stopping "the prosecution" of his son Hunter Biden.

Here is the exact quote of Trump talking over the phone with Zelensky about Biden that has the Dems all aghast. "There's a lot of talk about Biden's son, that Biden stopped the prosecution and a lot of people want to find about that so whatever you can do with the attorney general would be great. Biden went around bragging that he stopped the prosecution so if you can look into it... it sounds horrible to me".

Now nothing that Trump ever says should be considered innocent but his asking Zelensky to "find about" Biden's stopping "the prosecution" of his son as the basis of the Dems going after Trump is a pretty thin reed to latch on to.

Consider, it's hardly mentioned in the US corporate MSM but surely there was a conflict of interest when Biden as the Vice President most assuredly got Biden's son Hunter on the board of Burisma Holdings in April 2015, the largest natural gas provider in Ukraine, for $50,000 per month fee even though he had no previous experience in the industry. Obviously Hunter's appointment was for the post-coup Kiev regime to curry favor with the US under Obama.

Let's also remember Hunter's appointment occurred five months after the February 2014 coup in Kiev--helped (orchestrated) by the US State Department's Under-Secretary for European and Asian Affairs Victoria Nuland--that forced legitimately elected President Viktor Yanukovych to flee for his life and bring a post-coup regime to Ukraine favored by the US. Interestingly, Joe Biden was also in Kiev that February as the coup was unfolding. As Obama's point man on Ukraine he surely knew US machinations behind the scenes and the coup that was about to occur.

As to the Dems seeking their nomination for president the only one who hasn't joined the chorus pushing for Trump's impeachment is Representative Tulsi Gabbard of Hawaii. The ex-military veteran speaks clearly against "official" Washington's regime-change wars. Yet she's been so marginalized she doesn't stand a chance of getting the nomination. She's even been accused of being a Russian pawn, part of Russia's propaganda machine, even a Russian agent. A clear indication of how far we've descended politically.

The fact is our political system has the government, its handmaiden corporate MSM, the military and big corporate interests all in league with each other. Not a formal cabal but all like-minded. If any individual seeks to criticize or withdraw, they're brought back in line or demonized as part of the "enemy".

As to the real problems and issues facing this country from enacting a Medicare-for-all health-care system to tackling the $trillion and a half college-student debt, reducing the bloated defense spending to ending unnecessary war, fixing roads and bridges to the growing disparity between the rich and the poor to say nothing of an electoral system so corrupted by big-moneyed interests we're incapable of taking on those real problems and issues.

Now we have the hullabaloo over Trump's phone call to Zelensky and the Dems' House committee hearings to corner the "Trumpster".

The perfect distraction away from facing real problems and issues.

Retired. The author of "DECEIT AND EXCESS IN AMERICA, HOW THE MONEYED INTERESTS HAVE STOLEN AMERICA AND HOW WE CAN GET IT BACK", Authorhouse, 2009
Related Topic(s): Burisma; Democrats; Hypocrisy; Impeachment; Inquiry; Joe Biden; Trump; Ukraine, Add Tags
Add to My Group(s)
Go To Commenting
The views expressed herein are the sole responsibility of the author and do not necessarily reflect those of this website or its editors.