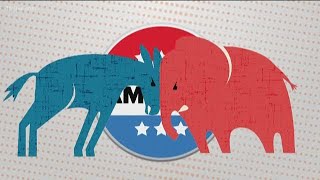 Impeachment is a political process. It requires a broad base of support to succeed; there's no way to get to 67 votes in the Senate without overwhelming support from voters of both parties.

The only way you get to the high threshold of popular support necessary to impeach in the House and convict in the Senate is by impeaching based on counts that are clearly proven and undeniable, and that a lot of Americans, not just members of the impeaching party, care about.

The impeachment of Donald Trump should have been based on issues that nobody could deny and that everybody, regardless of which party they belonged to, could see was a major problem.

Most Republicans do not care about Ukraine. Neither do many Democrats! Besides, the issue of intent is far from proven. It's not a unifying issue for Americans.

I would have gone after him for his bad temperament. Everyone agrees a president should be calm and deliberate. Andrew Johnson was impeached partly because of his nasty disposition, and came one vote from conviction in the Senate. No one would argue that Trump's personality is presidential.

Child separation would have been powerful. Not even Republicans approve of stealing kids and then losing them.

Emoluments would have worked too. Lining your pockets as president is frowned upon by everyone.

I would have started this process in 2017 so as not to have this current rush job prior to an election campaign. I would have used the courts to compel recalcitrant administration officials to testify; starting in 2017 would have allowed that process to occur.

This impeachment is too little too late. Democrats will regret it.

Related Topic(s): Democrats; Impeachment, Add Tags
Add to My Group(s)
Go To Commenting
The views expressed herein are the sole responsibility of the author and do not necessarily reflect those of this website or its editors.