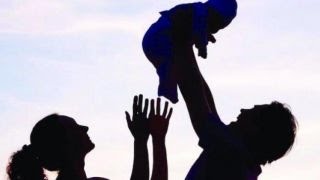 There have been several pieces in recent weeks about the drop in birth rates in recent years. Birth rates declined in the recession and they have not recovered even as the economy has improved.

As these pieces point out, economics plays a big role in the drop in birth rates. Young adults often are having difficulty finding and keeping jobs that provide a decent wage. This was certainly true in the downturn, but it is still often the case even now with the unemployment rate at 50-year lows.

In addition, the United States badly lags other rich countries in providing support to new parents. We are the only wealthy country that does not guarantee workers some amount of paid parental leave or sick days. While many companies offer these benefits, millions of new parents, especially those in lower paying jobs, cannot count on any paid leave. (It is important to note that many states and cities have required paid family leave and/or sick days in the last two decades, making up for the lack of action by the federal government.)

Child care is also a huge problem for young parents. Quality care is often difficult to find and very expensive. This leaves many young parents, especially mothers, struggling to provide care for their children even as they hold down a job.

These are real and important policy concerns. People should be able to have children without undue hardship. We also want to make sure that children have decent life prospects. Having parents that are not over-stressed and access to good quality child care are important for getting children on a good path is school and their subsequent careers and lives.

For these reasons, leave policy and child care need to be near the top of the policy agenda. However, the fact that people are having fewer kids is not a good rationale for supporting these policies. A stagnant or even declining population is not a public policy problem.

The pieces noting the prospect of a declining population usually treat it as self-evident that this is a bad development. It isn't. The prospect of fewer traffic jams and less crowded parks and beaches does not sound especially scary.

There are some who see a declining population as a threat to the United States status as a world power. It's not clear that this is especially true. Indonesia ranks 4th in world population with 270 million people, more than four times the population of the United Kingdom, but Indonesia does not usually get listed among the world's most powerful countries. More importantly, many of us don't necessarily like everything the United States does as a world power, so doing somewhat less of it may not be a bad thing.

If we focus on the economics of a stagnant or declining population the standard story is that we will have a smaller number of workers to support each retiree. This is true, other things equal, but also not an especially big deal.

First, the "other things equal" is a big qualification here because for the foreseeable future we are likely to be able to get as many working-age people we want from the rest of the world by relaxing immigration restrictions. Working at even the lowest paying jobs in the United States is likely to offer a huge improvement in living standards for hundreds of millions of people in the developing world. This means that if we are worried about having too few workers at some point in the future, we just need to open the door to more immigrants.

But even pulling out the impact of immigrants, the reality is that we have been seeing a fall in the ratio of workers to retirees pretty much forever. Life expectancies have been rising as people have better living standards and better health care. (Recent years have been an exception, where life expectancies have stagnated.) In 1950, there were 7.2 people between the ages of 20 and 65 for every person over the age of 65. This ratio now stands at just 3.6 to 1.

Over this 70-year period, we have seen huge increases in living standards for both workers and retirees. The key has been the growth in productivity which allows workers to produce much more in each hour of work. (We also have a much higher rate of employment among workers between the ages of 20 and 65, as tens of millions of women have entered the labor force.)

The impact of productivity growth swamps the impact of demographics, as can be shown with simple arithmetic. The Social Security Trustees project that the ratio of people between the ages of 20 and 65 to people over age 65 will fall to 2.8 by 2070. In its "high-cost" scenario, which assumes both lower birth rates and higher life expectancies, this ratio falls to 2.03. Let's take a more extreme case and assume it falls to 1.8.

Not everyone in the age 20 to 65 group works. Let's assume an employment rate for this group of 75 percent. Of course, this can vary depending on economic conditions. In a tight labor market, with wages being bid up, more people are likely to choose to work.

Dr. Dean Baker is a macroeconomist and Co-Director of the Center for Economic and Policy Research in Washington, D.C. He previously worked as a senior economist at the Economic Policy Institute and an assistant professor at Bucknell University. (more...)
Related Topic(s): Children; Declining Birth Rates; Immigrants; Jobs; Parents; Robots; Unemployment, Add Tags
Add to My Group(s)
Go To Commenting
The views expressed herein are the sole responsibility of the author and do not necessarily reflect those of this website or its editors.