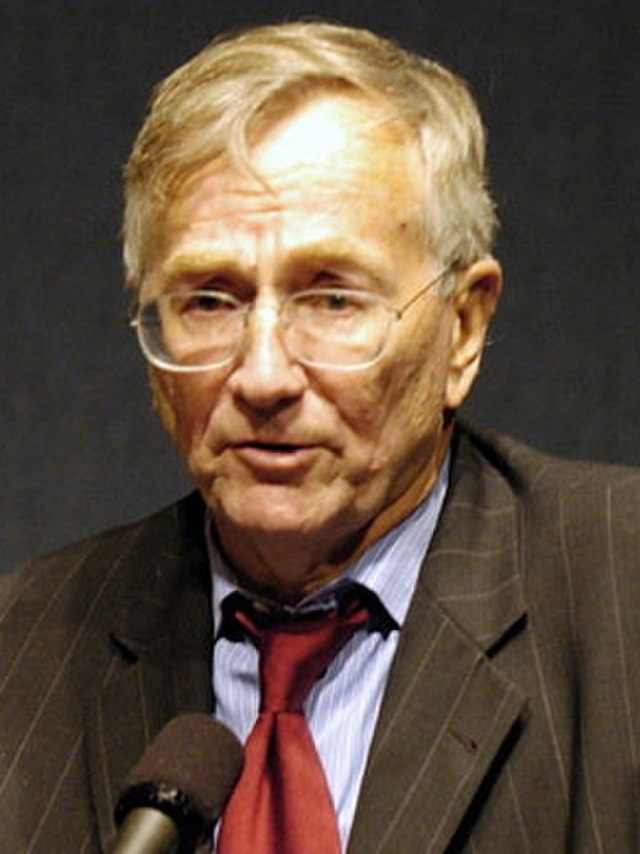 Seymour Hersh, America's most famous investigative reporter, has become persona non grata in the American Propaganda Ministry that poses as a news media but only serves to protect the US government's war lies. Among his many triumphs Hersh exposed the American My Lai massacre in Vietnam and the Abu Ghraib torture prison run by the Americans in Iraq. Today his investigative reports have to be published in the London Review of Books or in the German Media.

From Hersh's latest investigative report, we learn that President Trump makes war decisions by watching staged propaganda on TV. The White Helmets, a propaganda organization for jihadists and the "Syrian opposition," found a gullible reception from the Western media for photographs and videos of alleged victims of a Syrian Army sarin gas attack on civilians in Khan Sheikhoun. Trump saw the photos on TV and despite being assured by US intelligence that there was no Syrian sarin gas attack, ordered the US military to strike a Syrian base with Tomahawk missiles. Under international law this strike was a war crime, and it was the first direct aggression against Syria by the US which previously committed aggression via proxies called "the Syrian opposition."

Reporting on his sources, Hersh writes: "In a series of interviews, I learned of the total disconnect between the president and many of his military advisers and intelligence officials, as well as officers on the ground in the region who had an entirely different understanding of the nature of Syria's attack on Khan Sheikhoun. I was provided with evidence of that disconnect, in the form of transcripts of real-time communications, immediately following the Syrian attack on April 4."

The belief that sarin gas was involved in the attack comes from what appears to be a gas cloud. Hersh was informed by US military experts that sarin is oderless and invisible and makes no cloud. What appears to have happened is that the explosion from the air attack on ISIS caused a series of secondary explosions that produced a toxic cloud formed by fertilizers and chlorine disinfectants that were stored in the building that was hit.

US officials spoke with Hersh, because they are disturbed that President Trump based a war decision on TV propaganda and refused to listen to the detailed counter-assessments of his intelligence and military services. A national security source told Hersh: "Everyone close to him knows his proclivity for acting precipitously when he does not know the facts. He doesn't read anything and has no real historical knowledge. He wants verbal briefings and photographs. He's a risk-taker. He can accept the consequences of a bad decision in the business world; he will just lose money. But in our world, lives will be lost and there will be long-term damage to our national security if he guesses wrong. He was told we did not have evidence of Syrian involvement and yet Trump says: 'Do it."'

Concerns about Trump's purely emotional reaction to TV propaganda persist. Hersh reports that a senior national security adviser told him: "The Salafists and jihadists got everything they wanted out of their hyped-up Syrian nerve gas ploy" (the flare up of tensions between Syria, Russia and America). The issue is, what if there's another false flag sarin attack credited to hated Syria? Trump has upped the ante and painted himself into a corner with his decision to bomb. And do not think these guys are not planning the next faked attack. Trump will have no choice but to bomb again, and harder. He's incapable of saying he made a mistake."

As we know, the White House has already released a statement predicting that Assad is preparing another chemical attack, for which, the White House promises, he will "pay a heavy price." Clearly, a false flag attack is on the way.

By all means, read Hersh's report. It reveals a president who makes precipitious decisions likely to cause a war with Russia.

I do not doubt Sy Hersh's integrity. I accept that he has accurately reported what he was told by US officials. My suspicions about this story do not have to do with Hersh. They have to do with what Hersh was told.

Hersh's report puts Trump in a very bad light, and it puts the military/security complex, which we know has been trying to destroy Trump, in a very good light. Moreover, the story strikes me as inconsistent with the subsequent attack on the Syrian fighter-bomber by the US military. If the Tomahawk attack on the Syrian base was unjustified, what justified downing a Syrian war plane? Did Trump order this attack as well? If not, who did? Why?

If national security advisers gave Trump such excellent information about the alleged sarin gas attack, completely disproving any such attack, why was he given such bad advice about shooting down a Syrian war plane, or was it done outside of channels? The effect of the shootdown is to raise the chance of a confrontation with Russia, because Russia's response apparently has been to declare a no-fly zone over the area of Russian and Syrian operations.

How do we know that what Hersh was told was true? What if Trump was encouraged to order the Tomahawk strike as a way of interjecting the US directly into the conflict? Both the US and Israel have powerful reasons for wanting to overthrow Assad. However, ISIS, sent to do the job, has been defeated by Russia and Syria. Unless Washington can somehow get directly involved, the war is over.

The story Hersh was given also serves to damn Trump while absolving the intelligence services. Trump takes the hit for injecting the US directly into the conflict.

Hersh's story reads well, but it easily could be a false story planted on him. I am not saying that the story is false, but unless we learn more, it could be.

Related Topic(s): Assad; Deception; Intelligence; Sarin Gas; Syria, Add Tags
Add to My Group(s)
Go To Commenting
The views expressed herein are the sole responsibility of the author and do not necessarily reflect those of this website or its editors.