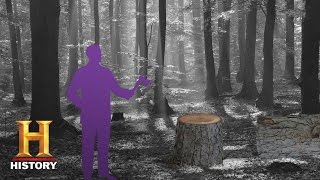 What is a Stump Speech? | History Jon Favreau, a former speechwriter for President Obama, sheds light on the formula for crafting a perfect stump speech.
(Image by YouTube, Channel: HISTORY)   Details   DMCA

Throughout 2016, the presidential candidates who were not Donald Trump complained to Jeffrey Zucker.

"You showed hours upon hours of unfiltered, unscrutinized coverage of Trump!" Todd Harris, an adviser to Senator Marco Rubio, shouted at the head of CNN during a panel discussion after the election. "CNN helped make [Trump] by carrying every speech he made in the primary season," added Larry King, the former CNN anchorman. "It was almost like the other guys didn't exist."

In the general election accusations of pro-Trump favoritism at CNN continued from Hillary Clinton and the Democrats.

"If we made any mistake last year, it's that we probably did put too many of his campaign rallies in those early months and let them run," Zucker ultimately confessed. "Listen, because you never knew what he would say, there was an attraction to put those on the air." Hell, Trump probably didn't know what he was going to say before he arrived at each podium.

He winged it, riffed off his audience, ran off at the mouth and scrammed before the country knew what hit it.

Trump rallies are free-form jazz. Anything can happen. Quality varies but give the president this: no two performances are the same. "Trump was simply more entertaining and generating more passion," recalled David Sillito, media reporter for the BBC.

While Trump delivered the extemporaneous devil-may-care thrills of a candidate who doesn't expect to win, Clinton and Trump's primary opponents dutifully trudged the land delivering that deadliest of ought-to-be-deceased propaganda formats: the stump speech.

There was Hillary reading from a Teleprompter in Columbus, every word scrupulously stripped of life by her army of staffers, consultants and attorneys. There she was again in Atlanta: same words, same cadences, same gestures and facial expressions. Tune in, tune off. You can hardly blame CNN for skipping some of those cut-and-pasters -- to do otherwise would have violated viewers' human rights.

Stump speeches go back to the early 1800s. Politicians made their way from town to town, first on horseback and then by train, where they delivered the same speech while standing atop a sawed-off tree stump because many areas were freshly cleared forests.

Radio, television and the Internet have revolutionized communication. The last presidential election, in which ad lib shockingly defeated inevitability, demonstrated the obsolescence of the stump speech. Yet this boring tradition endures.

On April 29th former vice president and presidential wannabe-come-lately Joe Biden unleashed his stump speech in Pittsburgh. "There was a $2 trillion tax cut last year. Did you feel it?" Biden asked a group of unionists. "No!" the unionists replied.

"Of course not!" Biden said.

Repetition in Des Moines and Akron and Buffalo and Knoxville will not make this exchange more exciting.

All the major Democratic presidential candidates rely on stump speeches. Introductions are modified to acknowledge local officials in attendance. Sections are dropped to adjust to tight schedules. Location determines the insertion or deletion of certain lines. But the basic structure is the same whether you're in Dubuque or Decatur. It's easy to see the appeal of the stump speech. Why pay for a hundred speeches when you can make do with one? Why risk gaffes when you can massage and road-test a veteran rallier?

Related Topic(s): Election; Rallies; Speeches; Stump Speech, Add Tags
Add to My Group(s)
Go To Commenting
The views expressed herein are the sole responsibility of the author and do not necessarily reflect those of this website or its editors.