If Jackson Pollock flings paint randomly at a canvas, there will be, occasionally, large areas that have no paint at all, and, also occasionally, a few areas where different paint drips are so close together that they overlap and cover each other.

But Pollock's aesthetic instincts guide his brush, and the result is that the drips look random, but they are more spread out than if they had really been random. 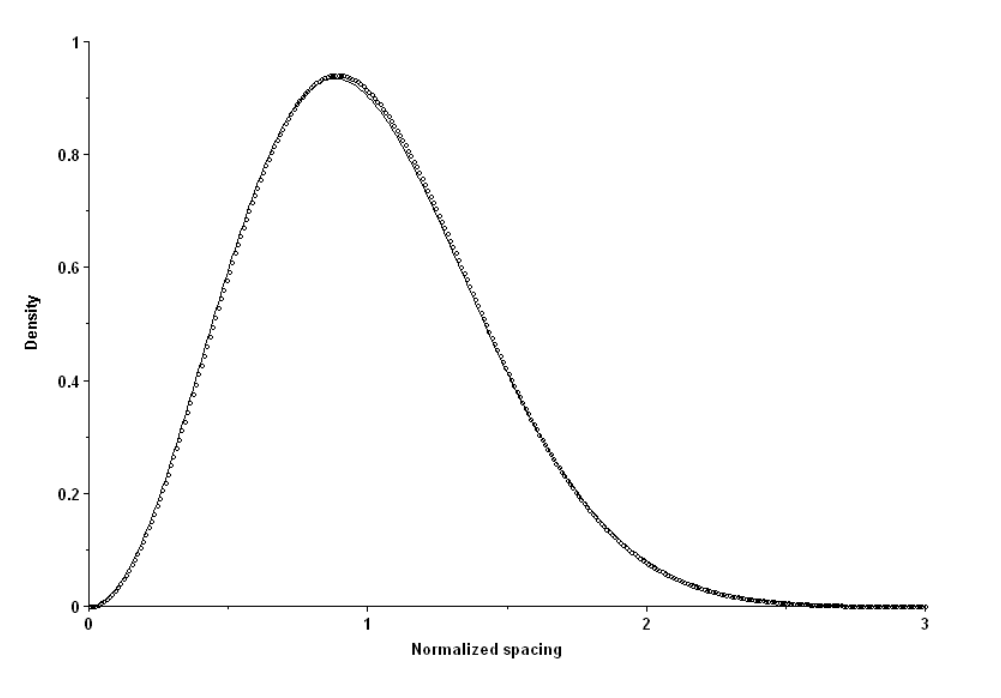 (Image by GitHub)   Details   DMCA
It turns out that the same thing is true of the distribution of cones on a hen's retina, and the energy states of a Uranium nucleus, and the distribution of prime numbers along the number line. They are all distributed with a curve that looks like a standard bell-shaped curve, but just a bit lopsided. The curve is lopsided because it goes out indefinitely at the right end, becoming asymptotically small, but it is cut off by zero on the left side, because the distance between any two semi-random points is never less than zero.

Mathematicians have plotted this function and scientists have observed the function in diverse places in nature, but no one has a good theory yet about why this distribution arises anywhere, let alone in so many different contexts.

Related Topic(s): Statistics, Add Tags
Add to My Group(s)
Go To Commenting
The views expressed herein are the sole responsibility of the author and do not necessarily reflect those of this website or its editors.