A new meteor crater has been discovered in NW Greenland, buried under half a mile of glacial ice. It has been dated to 11,000 years ago.

That's an interesting time because it was the end of the last ice age, when the earth entered its current "interstitial" period of ice-free temperate latitudes. 12,000 years ago, most of North America was under thousands of feet of ice.

When I was a boy, there were many speculations on why the dinosaurs died out suddenly, 65 million years ago. Now it is widely accepted that the culprit was a meteor impact in the Gulf of Mexico that kicked up enough dust to block the sun worldwide for several years and to alter earth's climate for at least thousands of years afterward.

It is plausible that for every huge impact like the dinosaur meteor, there were many hundreds or thousands of smaller meteorites that had major effects on the biosphere, though falling short of triggering a major extinction.

The story of Noah's Ark is just one of many flood stories, oral tradition and folklore from from cultures around the world. Did millions of cubic miles of ice melt gradually at the end of the ice age, or did this meteor impact trigger a sudden melting? Sea levels were 120 meters lower during the last ice age.

Graham Hancock has speculated further and gathered evidence that there was a human civilization that was lost in the flood and climate disaster. He thinks the technology was well in advance of the stone age of hunter-gatherers, which is the conventional view of humans 12,000 years ago, but fell short of the current computer age. Socially and spiritually, the world culture of 12,000 years ago was more advanced than our present age, according to Hancock. Our entire world was explored and mapped, and telepathic communication was developed far beyond its current neglected state. Perhaps it was a time when our species felt itself more closely aligned with Mother Gaia, less isolated in our individual bubbles, more at home in our bodies and our communities, less worried and alienated and lacking in purpose. 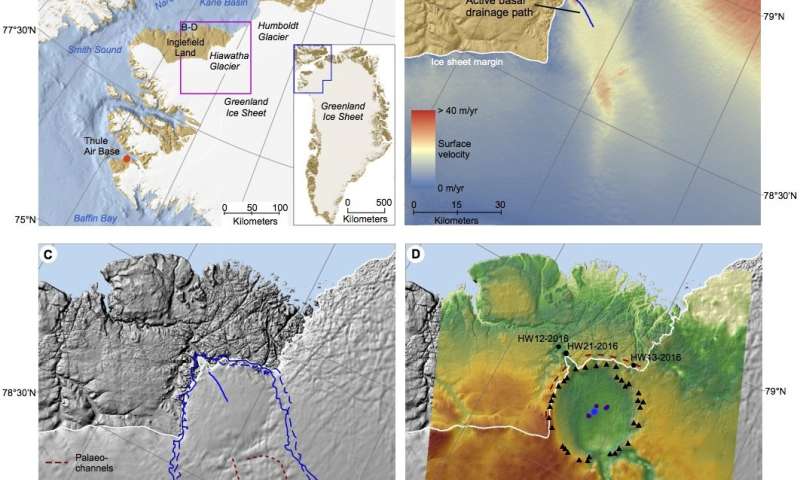 Related Topic(s): Meteor Meteorite, Add Tags
Add to My Group(s)
Go To Commenting
The views expressed herein are the sole responsibility of the author and do not necessarily reflect those of this website or its editors.