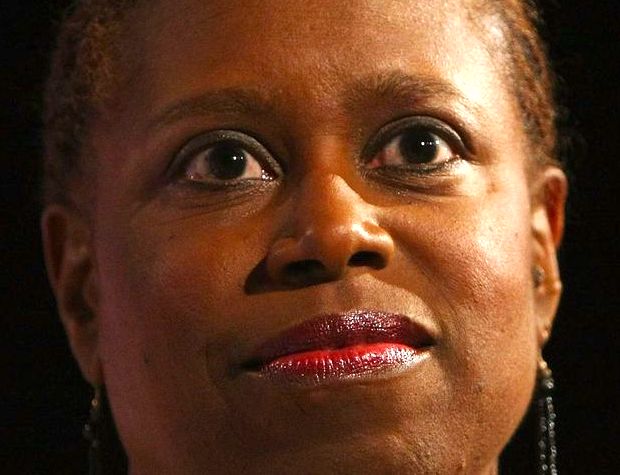 Events are unfolding at a quickening pace. Facing an alarming escalation in tensions around the world, we are looking to our most respected and renowned thought leaders for an honest assessment of both U.S. foreign and military policy to offer their most current thoughts and insights. We know they have some ideas for improving the prospects for peace.

Cynthia McKinney is an American politician and assistant professor at North South University, Bangladesh. As a member of the Democratic Party, she served six terms in the United States House of Representatives, as the first African American woman ever elected to represent Georgia. She was also the first Member of Congress to demand an investigation of the events of 9/11 and the first to file articles of impeachment against George W. Bush. She voted against every war-funding bill put before her. In 2008, Cynthia McKinney won the Green Party nomination and ran for U.S. President. Her responses below are exactly as she provided.

The questions here are not philosophical or abstract. They focus on the realities of the international power struggle unfolding in real time. They directly address the role of the U.S. in the escalating tensions and its capacity to reduce them. We also probe the role of everyday citizens in affecting the relationship the U.S. now has and will have with the rest of the world community.

Here is what Cynthia McKinney had to say.

Q. The Bulletin of the Atomic Scientists has recently put the hands of the Doomsday Clock to 100 seconds before midnight. Midnight means all-out war, probably nuclear holocaust. This is the closest it has ever been. Do you agree with this dire assessment?

A. While I don't always agree with the Bulletin of Atomic Scientists, I have to acknowledge that for many people on the planet, it is already Doomsday; the U.S. is bombing or sanctioning dozens of countries around the world. U.S. bombs and U.S. sanctions have real consequences. As usual, the Bulletin of Atomic Scientists has a very Eurocentric view of Doomsday: Iraq was pummeled with depleted uranium munitions. On a trip to that country three years ago, every member of my delegation arrived home sick after having been in Iraq just over one week. Depleted uranium used there has resulted in incalculable premature deaths, cancers, deformed babies, and untold general illnesses. Depleted uranium has been used in Somalia, Pakistan, Afghanistan, as well as in Iraq. I introduced legislation to prohibit the use of these munitions and was visited by the Pentagon; my congressional office was even infiltrated by a young, hip-looking intern who was later found rifling through my office files and fired on the spot. I did not, however, hear a peep from Bulletin of Atomic Scientists.

Q. The U.S. always portrays itself as the greatest force on the planet for peace, justice, human rights, racial equality, etc. Polls tell us that most other nations actually regard the U.S. as the greatest threat to stability. What in your view is the truth here?

A. The so-called Spanish Flu actually originated on a military base in Kansas; so, too, the situation with SARS-CoV-2, the so-called China virus, whose bioweapon spike protein originated in the U.S., created with U.S. tax dollars. No one who has lived inside the U.S. would ever seriously declare the U.S. "as the greatest force on the planet for peace, justice, human rights, racial equality, etc." Instead, those who know the U.S., know that the words of Dr. Martin Luther King, Jr., still ring true today: that the U.S. is the greatest purveyor of violence on the planet. Only Israel and apartheid South Africa could rival the U.S. in modern times. U.S. allies, the colonizing countries, are also responsible for unspeakable horrors in pre-modern times. Now, certain elements of the U.S. Deep State have declared war against the people of Russia, China, and the bloodstreams of the current global population. After all, it was the Project for a New American Century that wrote in Rebuilding America's Defenses on page 60 the following: "[A]dvanced forms of biological warfare that can 'target' specific genotypes may transform biological warfare from the realm of terror to a politically useful tool." Every one of the signatories to this document put him- or herself in a position to make this statement become official U.S. policy. Hence, official circumvention of the moratorium on gain-of-function research in order to create the bioweapon spike protein of SARS-CoV-2 and the mRNA concoctions that are being portrayed as "vaccines." In fact, the Spanish Flu became a global phenomenon helped along by a mass inoculation project of the Rockefeller Foundation. Parallels to today are staggering.

STAY IN THE KNOW
If you've enjoyed this, sign up for our daily or weekly newsletter to get lots of great progressive content.
Series: "What Are The Prospects For Peace?"

(You can only use the social login buttons before entering a comment.)
7 people are discussing this page, with 42 comments