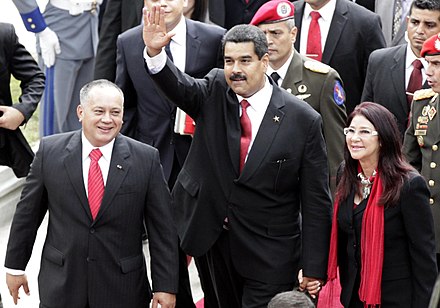 President Donald Trump's categorical refusal to accept what seems like an inevitable and increasingly crushing election loss has many in media rightly worried about the political repercussions of such a move, with some sounding the alarm over a potential coup d'etat in the US (e.g., Salon, 11/11/20; Washington Post, 11/12/20; Guardian, 11/13/20; New Republic, 11/13/20).

The New York Times, the country's flagship print publication, has been leading the condemnations, accusing the president of "vandaliz[ing] our country" (11/11/20), diagnosing him as a narcissist and a sociopath, and citing his attempts to cling to power as "a brutal renunciation of American democracy" (11/11/20).

For Higgins, Trump was effectively "shatter[ing] the bedrock democratic tradition" of the US, sending it from the "free world" into the realm of tyrannical states that the United States has spent so long opposing in the name of democracy and free elections. (In reality, the US provides military aid to three-quarters of the world's dictators, although corporate media use that word almost exclusively to refer to politicians Washington does not likeFAIR.org, 4/11/19.)

Of course, Higgins conceded, Trump is not as bad as Milosevic or Maduro, and "does not have to worry about being charged with war crimes and genocide, as Mr. Milosevic was." This may be news to the people of Yemen, Afghanistan, Iraq, Syria or any other nation Trump has personally ordered bombed, or to countries whose diplomats he had assassinated, or to almost a quarter of the world's population under deadly American sanctions.

Higgins asserted that, like Trump, Maduro "fraudulently manufactured a victory in a May 2018 election," a claim that has as little basis in reality as Trump's claim to have actually won the 2020 presidential race. Unlike the US, the Venezuelan election featured a timely vote, with state-of-the-art voting machines that were watched over by hundreds of distinguished international observers, whose reports attest to the process' cleanliness (FAIR.org, 5/23/18). Maduro won more than 4 million more votes than his closest competitor an unsurprising result (PAP, 5/20/18), due to widespread boycotting of the balloting and a split in the remaining opposition vote between two candidates.

After that election, however, the US-backed opposition cried foul, and attempted to overthrow the government multiple times, using tactics not dissimilar to Trump's post election maneuvers. Yet Higgins spoke approvingly of Trump for sanctioning Venezuela (actions that have caused the death of at least 100,000 people, according to an American UN special rapporteur), and for recognizing self-declared president Juan Guaidó as rightful ruler. A recent public opinion survey conducted found that Guaidó enjoyed the backing of only 3% of Venezuelans and this was before his infamous "Bay of Piglets" coup disaster.

Thus, for the Times, crying election fraud then staging a coup is bad, and just like what dictators do unless it is the US making dubious claims of electoral fraud against official enemies, in which case it is an honorable practice. Such is the confusing world of elite media pundits.

Ever since Venezuela voted in a leftist in 1998, the Times has advocated overthrowing the Venezuelan government, its editorial board effectively endorsing the short-lived coup against President Hugo Chavez in 2002 by claiming that no such event had even taken place.

With yesterday's resignation of President Hugo Chavez, Venezuelan democracy is no longer threatened by a would-be dictator. Mr. Chavez, a ruinous demagogue, stepped down after the military intervened and handed power to a respected business leader, Pedro Carmona.

Thus the Times (4/13/02) wrote as Carmona was firing all elected officials and giving himself supreme power to rule by decree. A 2019 FAIR study on Venezuela (4/30/19) found that the Times published 22 pro-regime change articles over a three-month period, and none that opposed the removal of the democratically elected government. 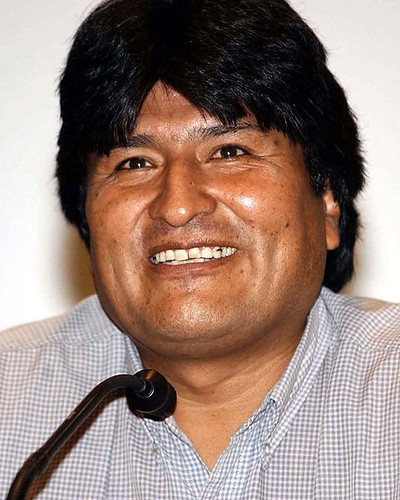 Evo Morales
(Image by theglobalpanorama)   Details   DMCA
Not a coup, just a 'surprise'

Trump's actions also mirror those of the US-backed right wing in Bolivia, which lost an election handily last October, only to cry foul and launch a successful coup against the rightful winner, President Evo Morales, another socialist and a figure of hate in corporate media (FAIR.org, 4/11/19).

As far-right Senator Jeanine Añez (who did not even stand for president, and whose party received just 4% of the vote) was beginning to order roundups of journalists and oversee massacres of opponents, the Times was in raptures. Again refusing to use the word "coup" to describe events (FAIR.org, 11/11/19), its editorial board (11/11/19) described Morales as an "arrogant" populist who "brazenly abus[ed]" his power, "shed his legitimacy" and "crushed any institution" in his way. The board accused him of presiding over a "highly fishy" election, citing an Organization of American States (OAS) declaration that talked of "clear manipulation" of votes. The Times also applauded the right-wing for "upholding democratic rules and institutions." This apparently forced Añez to step into a "vacuum of power."

On the same day, the Times published an opinion piece (11/11/19) headlined "How the Ambitions of Evo Morales Contributed to His Fall," which actively dismissed the idea this was a coup, despite the military literally placing the presidential sash around Añez's neck.

Related Topic(s): Election Assistance Commission, Add Tags
Add to My Group(s)
Go To Commenting
The views expressed herein are the sole responsibility of the author and do not necessarily reflect those of this website or its editors.