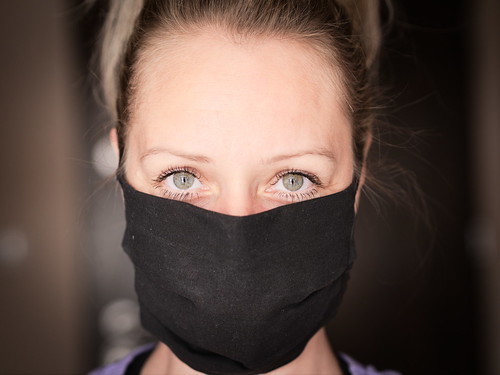 The long-awaited Covid-19 relief bill is ready to be signed. As pointed out by Senator Sanders in his speech before the House and by many other prominent analysts, the terms of the bill will not begin to meet the needs of millions of unemployed workers, small business owners, and others seriously affected during this pandemic. The impact of Covid-19 on the lives of most Americans cannot be resolved by the typical small-minded thinking coming out of Congress, which has shown itself incapable, collectively, of understanding the scope of the emergency and the need to put party interests aside and work cooperatively to mitigate the crisis.

The normal budgetary considerations, which typically minimize funds dedicated to the sustenance and general welfare of the people while favoring functions of the corporate world of the wealthy, will not suffice in these times. People need food and shelter security as the first priority of civil society.

In today's intricately complex world of economics, a person's well-being is no longer self-assured by his own efforts or by the protection of his master as in feudal times. He is dependent upon the satisfactory functioning of the interrelated components of the economy and the government to provide opportunities for work. When a nation faces what seems like an existential crisis, as in war or the present pandemic, all of its resources and factions of society must be engaged. The burdens must be shared by all, not only the displaced.

By contemporary democratic concepts, society does not consist of master and slave or disposable servant. All the people together are the fundamental component of society. All factions of the people are equally entitled to life, liberty and the pursuit of happiness - or should equally suffer society's misfortunes.

In more normal times, the economy and its marketplace do provide most people with the essentials of life by creating jobs (but without regard to the nature or value of jobs.) The relatively few who do not find security in this system are taken care of by the government and its prison or military systems, or by private charities.

But in times like the present, the artificial division between public and private wealth, security and insecurity, becomes apparent. Private wealth is derived from the trough of public wealth of people as consumers. How much wealth becomes private and how much public is arbitrarily determined by tax policies, by marketing and pricing strategies influenced by advertising, and by financial manipulations of the banking industry, among other factors.

Where the economy or government fails to supply the essential services and resources for the shelter and subsistence of the general populace, then the nation is left to the magnanimity of the private wealth sector. Personal welfare takes precedence over the general welfare, which is how our capitalist system works, and accounts for disorder and wide disparities of equality in society.

If the capitalist system of private domination of the economy (and virtual domination of government) is to last, then it must join the cause of promoting the general welfare in partnership with the government. This could be accomplished in several ways. Instead of functioning for the sole benefit of corporate managers and share holders, the corporate world could improve the general welfare by taking leadership and responsibility for society's needs and quality of life, by guaranteeing jobs with life-improving wages, by cooperating with government in essential and progressive social programs with ample and compulsory tax support, and by submitting to necessary regulations that protect the health and security of present and future generations. (Today, humanitarian contributions from the corporate world come mainly in the form of non-profit institutions established by multi-billionaires as a necessary tax haven with motives of their choosing.)

Choosing this new mission would require sacrifice of the sole corporate purpose of maximizing profits for the benefit of investors by maximizing material production without regard to the social and environmental repercussions. It would also require more moderate expectations by those who indulge excessively in the material superabundance of unrestrained capitalism. The rationale that what's good for the capitalist world is best for society does not hold true (if it ever did) in the contemporary world of gross inequalities, as pointed out by the highly successful entrepreneur Nick Hanauer in his 2014 TED talk. Without this transformation of the capitalist credo, they will be coming after the capitalists with pitchforks, he predicts.

If this humanitarian change ever occurs, capitalism will come to resemble a form of socialism. Perhaps this is the eventual stage in the evolution of capitalism whereby everyone will directly or indirectly have a proprietary share in the prosperity of the nation, as foreseen in Louis Kelso's concept of Universal Capitalism. With the impending severe challenges to the world predicted from global warming that may dwarf those of Covid-19, there may be no other choice.

Related Topic(s): Capitalism; Domination; Welfare, Add Tags
Add to My Group(s)
Go To Commenting
The views expressed herein are the sole responsibility of the author and do not necessarily reflect those of this website or its editors.