"There is no form of corruption too small for this administration. Leave nothing behind. They'll take the doorknobs too if they can figure out how to unscrew them." 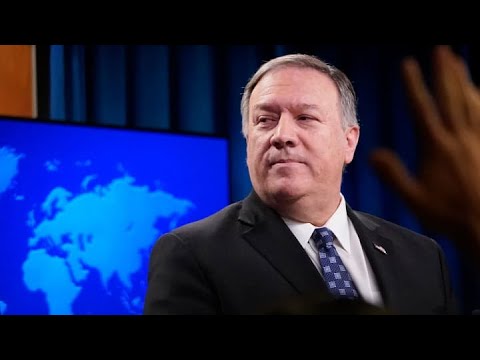 The State Department inspector general was reportedly investigating whether Secretary of State Mike Pompeo required a staffer to carry out personal chores when President Donald Trump fired him Friday night, a move that sparked widespread outcry and a probe by congressional Democrats.

According to the Washington Post, Steve Linick "was looking into allegations that a staffer for Secretary of State Mike Pompeo was performing domestic errands and chores such as handling dry cleaning, walking the family dog, and making restaurant reservations" in violation of federal law. Trump replaced Linick with Stephen Akard, a U.S. diplomat and close ally of Vice President Mike Pence.

One anonymous congressional official told the Post that the State Department staffer "was a political appointee and that at least one congressional committee learned of the allegations around the time of Linick's firing."

Walter Shaub, former director of the Office of Government Ethics, tweeted late Sunday that news of Linick's investigation shows that "there is no form of corruption too small for this administration."

"Leave nothing behind," added Shaub. "They'll take the doorknobs too if they can figure out how to unscrew them."

NBC News reported Sunday that congressional officials investigating Trump's firing of Linick -- the latest inspector general ousted as part of the president's far-reaching assault on government oversight -- believe he was removed in direct retaliation for his investigation into Pompeo, who also faced scrutiny last year for allegedly using security officials to pick up his dog from the groomer and carry out other personal errands.

commondreams.org is a progressive publisher
Related Topic(s): Corruption; Fired; Inspector General; Investigation; Ousted; Secretary Of State Mike Pompeo; Trump; Trump Bigotry, Add Tags
Add to My Group(s)
Go To Commenting
The views expressed herein are the sole responsibility of the author and do not necessarily reflect those of this website or its editors.