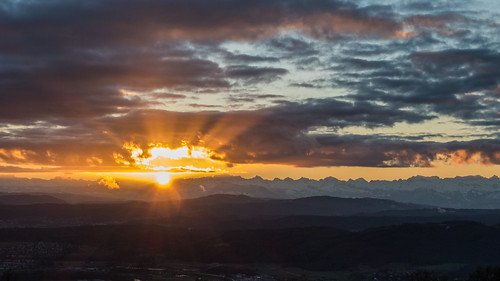 In the natural calendar December 21st is the shortest day of the year (the fewest daylight hours in the northern hemisphere). It also heralds the return of the light as the very next day the days begin to get longer; more daylight hours. The symbolism is hard to miss. Before the solstice, as more hours of the darkness encroach on human life, the sense of fear and insecurity grow as does a sense of defensiveness and distrust. It is easy to begin to think that worshipping the Dark Gods of death, vengeance, wrath, war and destruction makes sense.

But the solstice and nature intervene by giving us a growing sense of hope; faith that things will get better and preparing room for dreams and the potential of life returning with an entirely new sense of possibility and wonder. We look toward a future of life being sustainable once again.

Christians translate this into a story of hope and potential with the birth of Christ at such a time. It is about the birth of a baby to humble parents, born into a world that does not even notice or seem to care. That symbol of hope is intuitively recognized by the lowly and the wise, but not by the established power. That hope had been gestating within a human being, the mother, for some time, getting ready to emerge into the world as a new life, a new possibility.

The fact that hope and a new beginning are represented as a baby is a clear reminder that it must be nurtured and supported within a caring environment if it is to reach adulthood; if the nascent potential is to reach fruition with its gifts to humankind.

Every new life on the planet contains much of that same promise whether it be within the natural world or within the human world, and all are sacred and connected. They are all there to serve some purpose; to complete the plan of interconnection and sustainable life on this planet; the web of life.

But this world, as we well know, is not without its distractions and its negative forces. The Dark Gods still exist in the shadows and know full well how to create darkness and fear, even in the light of day. They know war and vengeance, destruction and intimidation. They know how to entice people to focus on the shadows of life under almost any circumstances. They know how to use wealth and power to create the necessary illusions and distractions to keep people from attending to the light and the potential of each human life and within nature.

Our mission, should we be willing to accept it, is to keep the faith in individual human potential, to learn to band together for strength and support, to keep the human spirit alive and well and to keep moving forward in the face of opposition.

We do not need to confront and defeat the Dark Gods and the forces of darkness on their chosen battlefield using their dark weapons of choice. We need to learn to trust and follow the light in another direction with courage and determination; it is about having the discipline to ignore their distractions, their taunts and their self-serving arguments; it is about resisting their seductions and temptations of wealth and power. They will tell you that such wealth and power can be yours if you will simply abdicate and give over the control of your future.

It is not easy. It is risky. It requires determination, focus, courage and a willingness to make sacrifices. It requires a recognition that most people are good and are willing to work to keep that dream alive long enough for it to be realized. It requires a recognition that only by uniting in that dream, in faith in the light, can we find the strength, not to defeat the armies of darkness and their leaders and power, but to define a better way to live, an alternative that leads back to a sustainable world in harmony with the planet on which we live.

The time for action is not infinite. We cannot continue to allow that potential to be devoured, year after year, by the ravenous Gods of Darkness. Waiting until next year no longer works. The planet has put us on notice that we have already put that transformation on hold far too long. The earth is giving us an ultimatum. This is one of the few last chances we have to correct the arrogance and hubris of our present systems that seem to think that they know better than nature how to run this planet and that we can simply continue to consume our planet without any negative consequences; that somehow wealth trumps nature, logic and the laws of the universe.

And we who seem to be trapped within that system are being told to consume and feed the fires of the destruction of our planet with our service to that system.

I do not believe we are willing to be complicit in our own suicide. I believe that finally, facing this existential threat to the human race, we will screw our courage to the sticking point and rise; rise, unified and with one voice to choose human solutions for saving ourselves and the planet on which we depend for life.

We have within us that spark of life always ready to be fanned into flame by the hope and inspiration of the coming of the light, of the potential and possibility of human life. And when each individual flame stands next to others, we create the fire of creativity and resilience that will forge new worlds and save us from destruction.