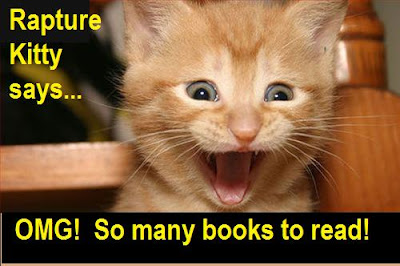 OK, we've had enough laughs to fill a black hole. We've gone to "rapture parties" across the country. We've heard more about Harold Camping than we care to know.

We can be compassionate and reach out to those people whose lives (and faith) were destroyed by believing in an isolated, totally ignorant ideology. By reaching out, however, I don't mean we should become like God's Ambulance Chasers (evangelicals who prey on disaster victims); instead, I mean we should offer them education.

Camping, 89, said of the rapture in a May 11 interview with New York magazine, "The Bible has every word in the original language ... it was written by God. Incidentally, no churches believe that at all, they don't hold the Bible in the high respect that it ought to be."

If Satan has an arsenal, literalism is probably his weapon of choice: it closes minds faster and locks them up tighter than any other evil strategy man could ever invent. Fundamentalist leaders know this to be true, which is why they always seek out the uneducated or the spiritually lazy: literalism ensures control.

Victims of literalism, whether through loss of home or loss of faith, need to know that there are minds -- accessible minds -- that do not talk down to them, give them panaceas, nor promise to restore their faith. Today's biblical scholars, textual critics, historians and theologians are not hiding in some dank, dusty library (although many cannot be found in Christian bookstores, either), but in mainstream  bookstores and on the net. Of course, some Fundamentalist preachers will go so far as to ban them from becoming ancillary material in Bible Study classes, dismissing them as "pop culture" books not worthy of study. An author's expertise, published works, or educational pedigree are never considered.

But if your minister balks against you reading the works of Biblical textual critic Bart Ehrman, for example, it may be time to look at your minister's credentials. Christians are not known for their prowess at vetting pastors (e.g. "Bishop" Eddie Long).

I've been writing a book titled "Sacred Cows Make The Best Hamburger" (for too long) and I've been able to gather some books that may help the people who are too tied to Fundamentalist doctrines to see the forest from the trees. You read them: they may help you explain to them how literalism/Fundamentalism damages more souls than it saves.

Each of these titles has a link to Amazon.com -- not because you should buy them, but because you can read the reviews -- and you'll get referrals to other titles. They're listed in order of difficulty.

Kenneth C. Davis - Don't Know Much About The Bible: Everything You Need To Know About The Good Book, But Never Learned. This is an ABSOLUTE MUST READ FIRST. Why? Because even though a few of Davis' historical premises have been disputed it clearly explains two basic things most Fundamentalist preachers don't want you to know about or consider: the Bible was EDITED and its inconsistencies are legion (actually mega-legion!). Davis goes about questioning/explaining the Bible book-by-book and does it with understanding and humor. This book is not a put-down of the Bible, but a thoughtful and thorough analysis put in ways that the average reader can understand. Naysayers about the book will point out that Davis has included Don't Know Much About The Bible in a pop series ("Don't Know Much About ..."). Don't listen to them, because the primary purpose of the book is to get you to asking questions about the Bible.

Edward T. Babinski - Leaving The Fold - Testimonies of Former Fundamentalists. Most former Fundamentalists turn atheist or agnostic. For them, religion was a painful experience and they wanted to rid their lives of it. Babinski is a biologist and blogger about evolution, but this book is not written by him as it is edited and put-together by him. The stories are riveting and some of the "former" Fundamentalists will surprise you.

Gary Greenberg - 101 Myths of the Bible - How Ancient Scribes Invented Biblical History. Greenberg is President of the Biblical Archeology Society of New York and there's no disputing his scholarship:

(Bishop) John Shelby Spong - Rescuing The Bible From Fundamentalism. This book became a bestseller almost as much for its controversy than for its content: Spong was considered a radical within the Episcopal Church...and he still is:

The biblical scholarship of the past two hundred years has simply not been made available to the man or the woman in the pew. So mainline Christians allow the television preachers to manipulate their audiences, most times to their own financial gain, by making the most absurd biblical claims without their being called to accountability in the name of truth. (Pat Robertson, anyone?)

Bruce Bawer - Stealing Jesus - How Fundamentalism Betrays Christianity. Bawer states immediately that the first Christians would never have recognized Fundamentalist Christianity and that if exposed to them, they would have wondered how these "men of God" could have "stolen" Jesus.

Rev. Dan Vojir is has been writing/blogging on religion and politics for the better part of ten years. A former radio talk show host (Strictly Books " Talk America Radio Network) and book publisher, Dan has connected with some of the most (more...)
Related Topic(s): Books; Education; End Times; Fundamentalism; Fundamentalists; God; Harold Camping; Hebrew; Religion; Satan, Add Tags
Add to My Group(s)
Go To Commenting
The views expressed herein are the sole responsibility of the author and do not necessarily reflect those of this website or its editors.