Let's see. What was going on 3.3 million years ago?

--Humans like us were just a gleam in evolution's eye. The most promising potential ancestor around back then was Australopithecus, an apelike creature living in southern Africa who may have been the first to use shaped stones to smash bones for their marrow.

--Earth wouldn't enter the current geologic epoch, the Holocen e, for another 3,288,000 years. It was then in the middle of the Pliocene.

--North and South America hadn't yet collided and connected. 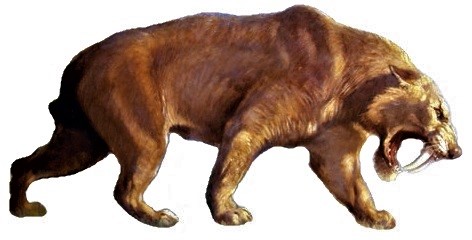 --Humans wouldn't set foot on the continent for another 3.27 million years.

--Crucially, from our point of view, atmospheric CO2 levels were comparable to today's (then between 381 and 427 parts per million), yet global temperatures were 2 to 3 degrees C (3.6 to 5.4 degrees F) higher than they are now, and sea levels were 25 meters (82 feet) higher.

The key point is that because of those comparable CO2 levels, that period tells us what our world may look like all too soon. "We studied this particular interval in unprecedented detail because it provides great contextual information for our current climate state," says Elwyn de la Vega, researcher at the University of Southampton's School of Ocean and Earth Science, in the UK, and lead author of the Nature Scientific Reports study.

The Southampton research team pinned down those ancient CO2 levels by studying the fossils of foraminifera--millimeter-sized sea creatures protected by carbon-rich shells. The ratios of boron isotopes in the shells correlate with atmospheric CO2 levels when the shells formed. The researchers project that by 2025, there will be more CO2 in Earth's atmosphere than at any time in the last 3.3 million years.

Clearly, we're not going to see a return of saber-toothed cats or giant bears. But we, or our children or grandchildren, may well have to deal with a Pliocene climate--much hotter, lacking most of the Northern Hemisphere's ice cover, and with rapidly rising sea levels.

Why aren't we already seeing mid-Pliocene conditions? Simply because there hasn't been time for the full impact of the greenhouse gases we've already pumped into the atmosphere to warm the oceans and melt most of Earth's ice. Geochemist Gavin Foster, also at the University of Southampton explains that " . . .... it takes a while for Earth's climate to fully equilibrate (catch up) to higher CO2 levels and, because of human emissions, CO2 levels are still climbing. Our results give us an idea of what is likely in store once the system has reached equilibrium."

To get a sense of what things will be like when Earth has reached that Pliocene-like equilibrium, picture your favorite coastal city under 80 feet of water.

The Southampton researchers don't specify how long it will take to reach that extreme. However, according to a separate study, also reported in Nature Scientific Reports, by the end of this century coastal flooding could displace 225 million people and cost the global economy $14.2 trillion--that's 20% of global GDP--if we don't get a grip on climate change.

STAY IN THE KNOW
If you've enjoyed this, sign up for our daily or weekly newsletter to get lots of great progressive content.
Series: "Climate change"