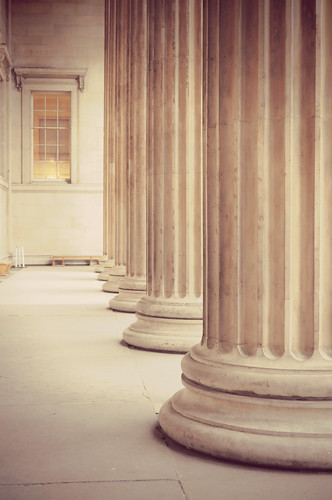 Part 3. Notes on Some Classical Thinking

Notice the "notes" in the title. Part 3 is no textbook. Part 3 is a miniscule "Cliff Notes." Notice, too, that the title reads "classical" thinking, not "early" thinking. There's a difference. Since I regard human transactions as the bedrock of any economy and economic system, were I to choose the latter over the former qualifier I would have a lot of ground to cover, namely, that of early humans and their thinking as deduced from artifacts. An impossible task for me.

It's not at all impossible for me, however, to skim the thinking of three classicists, Aristotle (384-322 BC), Adam Smith (1723-1790) and Karl Marx (1813-1883). Of the three, Marx came the closest to being a quasi-economist. He wrote about his vision of socialism 19 years before he wrote his "Das Kapital," yet he began his career as a radical journalist that got him expelled by the governments of three countries. The same experience might have befallen me had I not kept my mouth mostly shut during my career.

Aristotle (384-322 BC) may just be the premium thinker of all time. And he thought a lot about the economies of his era. It behooves me, therefore, to "consult" with him through his writings and their interpretations since great minds (his, certainly not mine) live on.

In his day the Greek word for economy meant "household management" within the context of the community. Today in the USA economy means banksters and Wall Street.

Economic activity in his view consisted of individuals doing things necessary for survival and for the good life, which to him meant a moral life of virtue that leads to happiness. He criticized money-making as a way of gaining wealth, thought it was unnatural for people to use money to make more money-the essence of capitalism-and considered usury, or predatory lending, to be the most immoral form of economic activity. Seeking wealth is justifiable, Aristotle thought, only if it amounted to no more than an accumulation of material goods sufficient useful for the household.

While there were banks in his day, there is a running debate by scholars over whether or the extent to which lending was done productively, that is, with the intent of making money from the loans. I can't imagine, though, any banking business done then as criminally as it is done today.

It's interesting to note that a totally free market was not the custom in ancient Greece. For instance, public officials monitored measurements, levied taxes on various transactions, and even fixed retail prices! Ancient Greece survived without a free market, America's corpocracy couldn't survive with it! Ancient Greece had a fair market. America has an unfair market.

I feel a special bonding with Aristotle. Why? To him human action was the fulcrum of an economy. That is precisely my thinking! Please recall that in Part 1 I wrote this: "Economics, any economy, and any economic system such as capitalism are not what orthodox thinkers in general and economists particularly think they are. They are first and foremost human inventions and human actions---." 1 And, if I may be so smug, I thought of it before doing some additional reading on Aristotle where I read that: "Aristotle then goes on to derive a number of economic ideas from axiomatic concepts including the necessity of human action---(emphasis mine). 2 And, if I may be so smug one more time, my pal Aristotle and I are unorthodox thinkers (actually, throughout my career I was regarded as an "iconoclastic" organizational psychologist)!

Dialogue from the Netherworld

No, it's your corpocracy that requires it.

I may be aged (more...)
Related Topic(s): Capitalism; Economic Human Rights; Economic Models; Economic Systems; Economy; Marx, Add Tags
Add to My Group(s)
Go To Commenting
The views expressed herein are the sole responsibility of the author and do not necessarily reflect those of this website or its editors.