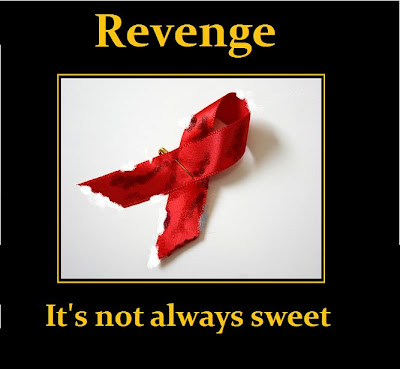 The REAL The Battle for Life Begins

Most people who identify as "pro-life" are, as a theologian put it, actually "pro-birth:" in other words, "we want your baby to be born, but after that, you and the kid are on your own ... and don't come to us for any handouts!"

So the "pro-birthers" have been given a war to wage: Obama's proposed budget. It just doesn't cut enough "life" out!

The anticipated fight over AIDS funding (specifically research and prevention) can really be looked upon as a grudge match of sorts: the ruling elite of the Christian Right wants to get back at advances in gay rights and the repeal of DADT.


And to them, any show of support for AIDS funding is, well, an abomination:

In a blog post published on World AIDS Day, Bryan Fischer, director of issue analysis at the AFA, wrote that "we know what causes AIDS: homosexual sex and injection drug use," and goes on to suggest that taxpayers should stop funding AIDS research.
"Homosexual activist groups likewise are pushing a lifestyle that kills. If anybody should be obligated to pony up funds to mitigate a health crisis, it ought to be the organizations that are responsible for advocating the very behavior that created and perpetuates the epidemic."

So now let's look at the arrows of outrageous fortune that are going to wound the Christian Right:

1. Fund Cross-Cutting Innovative Efforts for Care and Prevention. The reaction: To groups like the American Family Association, this aspect of AIDS funding intending to look like an effort at being as efficient as as possible. Trust them to say that this one's a ruse just to get more money.

3. Support the National HIV/AIDS Strategy (NHAS) and Expand Investments in Prevention, Care, and Research. The reaction: Since the Strategy emphasizes concentrating prevention efforts in "high-burden areas" (inner cities), there will be a "welfare/on-the-dole" judgment against such funding. Unfortunately, the increased funding also includes Veteran's HIV/AIDS benefit funding, so they'll be hard-pressed to squawk too loudly.

The reaction: "You got yourself into this mess. Get over it." Since much of Ryan White funds go to people already living with HIV/AIDS, this may be the one point that will undoubtedly become the mantra of Bryan Fischer who, as we have seen, thinks only certain communities should pay for funding. This is, of course, Fischer's brand of "compassion."

5. Increase Funding for HIV/AIDS Prevention and Service Integration. The reaction: "Big government telling us all what to do." This part of the budget will concentrate on the Center for Disease Control (CDC) which the Right, in all its wisdom, thinks is way too powerful. After all, prayers are cheaper.

6. Support Housing Assistance for People Living with HIV/AIDS.The reaction: "ABSOLUTELY NO WAY!" "Citizens of the United States should not be helping to house Biblical 'Obama-nations!'" (thinking themselves very, very witty).

Rev. Dan Vojir is has been writing/blogging on religion and politics for the better part of ten years. A former radio talk show host (Strictly Books " Talk America Radio Network) and book publisher, Dan has connected with some of the most (more...)
Related Topic(s): Aids; Bryan Fischer; Christian Right; Obama Administration; Pepfar; Right Wing Strategies; Right Wingers Endangering America, Add Tags
Add to My Group(s)
Go To Commenting
The views expressed herein are the sole responsibility of the author and do not necessarily reflect those of this website or its editors.