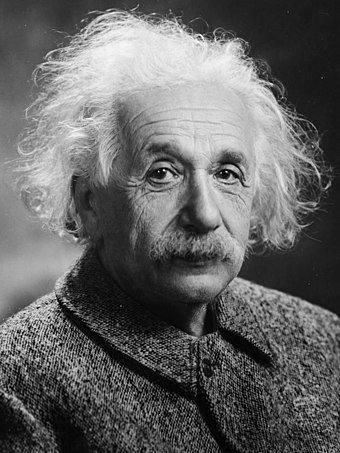 This week's commemorates the 75th anniversary of the atomic bombings of Hiroshima and Nagasaki, Japan. Thirty-five years ago in 1985, I attended the 40th anniversary commemorations in Hiroshima.

It was the middle of the Reagan administration. U.S.-Soviet relations were still tense. Reagan had a few years earlier labeled the Soviet Union an "evil empire" and had launched the Strategic Defense Initiative ("Star Wars), which triggered the nickname "Raygun" by many anti-nuclear activists. The continued prospects and profiteering of war, the human and economic impacts of nuclear weapons spending, and expanding U.S. military empire were among the many concerns of the thousands who participated in the observances at Peace Memorial Park. So were honoring the dead whose names were inscribed within the large saddle-shaped Memorial Cenotaph and the "hibakusha" -- the survivors who one day would have their names added to the several hundred thousand inside the Cenotaph's granite vault.

Layered over all this was one concern I had before traveling to Hiroshima, while present there, and has been a constant reminder ever since.

Albert Einstein sent a telegram appeal to hundreds of prominent Americans less than a year after the end of WWII. He asked for contributions to a fund "to let the people know that a new type of thinking is essential" in the atomic age where a nuclear arms race to create an arsenal of bigger and more destructive weapons was already underway. "The unleashed power of the atom has changed everything save our modes of thinking and we thus drift toward unparalleled catastrophe," he declared.

Einstein felt a mass awakening was essential for cooperation and peaceful resolution of all conflicts. There could be no winners of a nuclear war, the existential threat of that time. Thinking and acting otherwise would result in "unparalleled catastrophe."

New "modes of thinking" are just as essential today as we are on a similar trajectory. We face differing degrees of separate but interconnected systemic crises, if not existential threats -- social, economic, environmental, and political.

There is an incredible awakening for profound cultural and systemic change and growing people's movements challenging existing institutions and proposing alternatives. People are self-organizing in social movements focused on racism, sexism, and homophobia; economic movements targeting inequality, corporate globalization and, in many instances, capitalism itself and its perpetual growth on a finite planet paradigm; environmental movements aimed at the many threats (including nuclear war) to a habitable world for human beings and other living creations; and political movements addressing self-determination, nationalism and fascism.

Old thinking and the systems and institutions based on relic beliefs have oppressed people, exploited places and plundered the planet.

"Changing our modes of thinking" in the political and legal realms, which are the means to achieve fundamental economic, social and environmental changes, requires a disbelief that somehow our current culture and existing governing systems based on a Constitution still favoring property rights over human rights and rights of nature can be "reformed" through decrees, laws, regulations, voluntary codes of conducts, and/or simply elected better political "representatives."

"Changing our modes of thinking" must recognize that the ingrained influence of political money in elections and governing power of corporations are existential threats to anything remotely resembling self-governance, self-rule self-determination, sovereignty, democracy or any other descriptor of the ability to make basic decisions affecting one's life and surroundings. These originate from Supreme Court decisions equating political money as First Amendment-protected "free speech" and Court-invented inalienable constitutional rights of "persons" for corporate entities. The result is the growing political influence of the wealthy (i.e. plutocracy) integrated with what Italian Dictator Mussolini called "the marriage of corporation and the state" (i.e. fascism), ensuring as much as possible that spending, tax and monetary priorities, trade agreements, foreign and military policies, economic development plans, business regulations and a slew of other government strategies, intentions, programs and projects benefit the super rich and business corporations.

"Changing our modes of thinking" necessitates acknowledging and organizing to transform the democratic injustices of the political system. This includes abolishing all corporate constitutional rights and political money as free speech as detailed in the We the People Amendment of the Move to Amend campaign.

"Changing our modes of thinking" must include challenging the dominant power elite cultural narrative that what exists today politically and constitutionally is inevitable, irreversible and preordained - like gravity, the sun rising in the morning or the sky being cloudy over Cleveland for 9 months of the year. Corporate constitutional rights and the doctrine of money as speech, however, were conscious and deliberate plans and actions by corporate attorneys and Supreme Court Justices. What has been done can be undone.

"Changing our modes of thinking" must accept that scales of solutions must be equivalent to scales of problems. Given the scope of the multiple crises we currently face, the We the People Amendment is merely one piece of fundamental constitutional renewal. The constitution of any country at its best reflects its collective inspirations and aspirations. It defines the foundational legal framework of how people structure their society. Moreover, constitutions are moral or ethical documents -- designating what is right and wrong -- with profound implications of literally every aspect of people's lives, their communities, country and the natural world.

"Changing our modes of thinking," finally, must include a commitment to creating radically inclusive, democratic and nonviolent people's movements working to build power that are politically and economically independent from the power elite with individuals representing historically oppressed communities and accountable to their base in authentic positions of authority. A genuine commitment to such grassroots-based groupings need to replace the old thinking that "inside-the-beltway" or "state capital-based" organizations led by those with their "legitimate" political and mega foundation connections are the vanguard and torch carriers of systemic change.

The Doomsday Clock with its imagery of apocalypse (midnight) and countdown to zero connected to setting off a nuclear explosion has become the universally recognized symbol of the threat posed at any time to humanity and the planet by not fundamentally shifting our thinking about wars and conflict resolution. (Note: the current time is at 100 seconds to midnight).

We have no equivalent imagery of our time left if we don't radically change course to avoid impending ecological, economic, social and political collapse - which are inextricably connected. Clocks are ticking ever closer to tipping points and limits if we naively and dangerously strive toward a return to a "business as usual" old order of thinking and actions.

It's up to us to shift our modes of thinking to create unparalleled opportunities for peace, justice and a livable world.

Greg Coleridge is Outreach Director of Move to Amend. He previously worked for more than three decades with the American Friends Service Committee in Ohio where he educated, advocated and organized on a range of justice, peace, environmental (more...)

Related Topic(s): Awakening; Catastrophe; Change; Corporate; Create Change; Democratic; Doomsday; Einstein; Initiative; Laws; (more...) People; Power; Real Democracy, Add Tags  (less...)
Add to My Group(s)
Go To Commenting
The views expressed herein are the sole responsibility of the author and do not necessarily reflect those of this website or its editors.

127 Reasons Why Reversing Citizens United is NOT Enough

The Pushback Against Ending Corporate Rule

The country is broken because the system is fixed

How Can Obama Invest in the Economy, Create Jobs, and Not Raise the Debt? Use Government Issued Debt Free Money