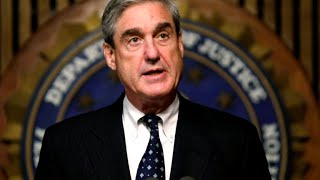 A federal judge has delayed the start date for the trial of former Trump campaign chair Paul Manafort, who faces charges of tax fraud, bank fraud, money laundering, witness tampering and failing to register as a foreign agent. His trial will now start on July 31; it had been slated to start on July 25. The judge also agreed to grant immunity to five witnesses who are expected to testify in Manafort's trial.

For more we speak with Greg Gordon, Washington correspondent for McClatchy.

JUAN GONZÁLEZ: Greg, how could the whole legal battles of Michael Cohen, Trump's former -- or lawyer, personal lawyer -- affect this particular case as well, or tie into this case as well?

GREG GORDON: I'm not sure whether Michael Cohen ties into the NRA, but I would say that what investigators are looking for with respect to Michael Cohen ties back into the famous dossier that was assembled by the ex-British spy, Christopher Steele. And in that dossier, the biggest thing, the most explosive thing aside from activities that went on in a hotel room, was whether Cohen went over to Prague in late August or late summer of 2016 and met with a senior member of Russia's parliament and hackers. And if that dossier is correct, well, that would be what some investigators call the holy grail, because it would carry strong suggestions of collusion between the Russians and the Trump campaign.

Now, let me just say that Bob Mueller has such a -- and this is true in mob investigations also -- you have to find a way, because many of the people that you're looking at of course are not cooperating. In this case, Robert Mueller has indicted 25 Russians. They're all in Russia. There's no extradition treaty. They're not coming here. So how's he going to build this case other than through former Trump campaign aides? And that's what he's trying to do.

He has brought enormous pressure to bear on Paul Manafort, and now he's bringing pressure to bear on Michael Cohen. And we hear about leaks where Michael Cohen is comparing himself to John Dean, the famous Watergate figure who was counsel to President Nixon. And now you have another lawyer, and word that he was taping calls with the president. What does Michael Cohen have, and will he cooperate? And if so, to what extent will he cooperate in order to avoid prosecution?

The whole game here, from where I sit, is for Mueller to try to get these guys to help him to save their own skins, to turn them on each other. And we don't know what Michael Flynn told Bob Mueller yet. We don't know what Rick Gates, who was Manafort's deputy -- both of whom pleaded -- and they had to give something up for those plea agreements. No prosecutor is going to let people off the way they were let off given the charges that were brought to bear against them without a big piece of evidence to assist in the investigation. So now, the question is, is that going to occur with Michael Cohen, and to what extent?

AMY GOODMAN: And of course a lot of what you said, Greg, is at this point speculation.

GREG GORDON: It is speculation.

AMY GOODMAN: But Greg Gordon, we want to thank you for being with us, Washington correspondent for McClatchy. His report in January with Peter Stone was headlined FBI investigating whether Russian money went to NRA to help Trump. That was January.

This is Democracy Now!. When we come back, the homeland security secretary has just stirred up some controversy once again, commenting on the Charlottesville attack of last year. Stay with us.

Democracy Now!  is a national, daily, independent, award-winning news program hosted by journalists Amy Goodman and Juan Gonzalez. Pioneering the largest public media collaboration in the U.S., Democracy Now! is broadcast on (more...)
Related Topic(s): Michael Cohen; Mueller Investigation; Paul Manafort; Robert Mueller; Trump Putin Summit, Add Tags
Add to My Group(s)
Go To Commenting
The views expressed herein are the sole responsibility of the author and do not necessarily reflect those of this website or its editors.