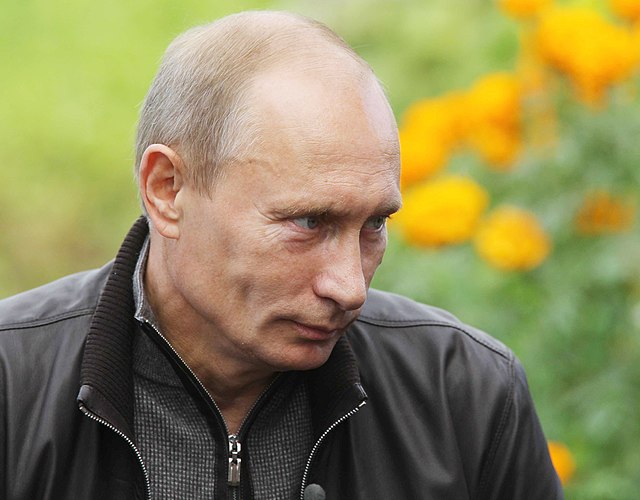 The Flynn fiasco is not about national security adviser Michael Flynn's conversations with the Russian ambassador. It's much deeper than that. It's about Russia. It's about Putin. It's about the explosive rise of China and the world's biggest free trade zone that will eventually stretch from Lisbon to Vladivostok. It's about the one country in the world that is obstructing Washington's plan for global domination. (Russia) And, it's about the future; which country will be the key player in the world's most prosperous and populous region -- Asia.

That's what's at stake, and that's what the Flynn controversy is really all about.

Many readers are familiar with the expression "pivot to Asia," but do they know what it means?

It means the United States has embarked on an ambitious plan to extend its military grip and market power over the Eurasian landmass, thus securing its position as the world's only superpower into the next century. The pivot is Washington's top strategic priority. As Hillary Clinton said in 2011:

"Harnessing Asia's growth and dynamism is central to American economic and strategic interests... Open markets in Asia provide the United States with unprecedented opportunities for investment, trade, and access to cutting-edge technology...American firms (need) to tap into the vast and growing consumer base of Asia...

"The region already generates more than half of global output and nearly half of global trade... we are looking for opportunities to do even more business in Asia...and our investment opportunities in Asia's dynamic markets." ("America's Pacific Century," Secretary of State Hillary Clinton, Foreign Policy Magazine, 2011)

In other words, it's pivot or bust. Those are the only two options. Naturally, ruling elites in the US have chosen the former over the latter, which means they are committed to a strategy that will inevitably pit the US against a nuclear-armed adversary, Russia.

Trump's National Security Adviser, Michael Flynn, wanted to normalize relations with Russia. He rejected the flagrantly hostile approach of the US foreign policy establishment. That's why he had to be removed. And, that's why he's been so viciously attacked in the media and why the threadbare story about his contacts with the Russian ambassador were used to force his resignation.

This isn't about the law and it isn't about the truth. It's about bare-knuckle geopolitics and global hegemony. Flynn got in the way of the pivot, so Flynn had to be eliminated. End of story. Here's a clip from an article by Robert Parry:

"Flynn's real 'offense' appears to be that he favors de'tente with Russia rather than escalation of a new and dangerous Cold War. Trump's idea of a rapprochement with Moscow -- and a search for areas of cooperation and compromise -- has been driving Official Washington's foreign policy establishment crazy for months and the neocons, in particular, have been determined to block it.

"Though Flynn has pandered to elements of the neocon movement with his own hysterical denunciations of Iran and Islam in general, he emerged as a key architect for Trump's plans to seek a constructive relationship with Russian President Vladimir Putin, Meanwhile, the neocons and their liberal-interventionist sidekicks have invested heavily in making Putin the all-purpose bete noire to justify a major investment in new military hardware and in pricey propaganda operations." ("Trump Caves on Flynn's resignation," Consortium News)

US foreign policy is not developed willy-nilly. It emerges as the consensus view of various competing factions within the permanent national security state. And, although there are notable differences between the rival factions (either hard-line or dovish) there appears to be unanimity on the question of Russia. There is virtually no constituency within the political leadership of either of the two major parties (or their puppet-master supporters in the deep state) for improving relations with Russia. None. Russia is blocking Washington's eastward expansion; therefore, Russia must be defeated. Here's more from the World Socialist Web Site:

"US imperialism seeks to counter its declining world economic position by exploiting its unchallenged global military dominance. It sees as the principal roadblocks to its hegemonic aims the growing economic and military power of China and the still-considerable strength of Russia, possessor of the world's second-largest nuclear arsenal, the largest reserves of oil and gas, and a critical geographical position at the center of the Eurasian land mass.

"Trump's opponents within the ruling class insist that US foreign policy must target Russia with the aim of weakening the Putin regime or overthrowing it. This is deemed a prerequisite for taking on the challenge posed by China.

Related Topic(s): Endless War; NATO; Putin; Revolution; Sanctions; Trump Foreign Policy, Add Tags
Add to My Group(s)
Go To Commenting
The views expressed herein are the sole responsibility of the author and do not necessarily reflect those of this website or its editors.