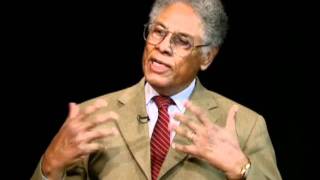 Fox News triggered legitimate outrage last week with a graphic showing that the stock market rose after the uprisings that followed the assassination of Martin Luther King, Jr, the acquittal of Rodney King's attackers, and the murders of Michael Brown and George Floyd. But Fox performed a public service, too, by revealing an underlying truth about our financialized economy: When it comes to profits, Black lives and Black pain don't matter at all. In fact, they're often good for business.

Nowhere, perhaps, is that truer than on Wall Street. Bank CEOs have been espousing a limited form of anti-racism lately, while studiously ignoring their own institutions' record of exploiting African Americans. Instead of confronting systemic or institutional racism -- a concept the mainstream media is still struggling to understand -- they say they're listening to personal stories of discrimination and marginalization.

Whenever things get a little hot, they promise to listen.

By all means, those of us who are white should educate ourselves about pervasive racism. But these bank CEOs, like many of us in white America, are eliding the distinction between two very distinct forms of racism.

As Kwame Ture (Stokely Carmichael) and Charles V. Hamilton wrote in their 1967 book, Black Power: The Politics of Liberation:

"When a black family moves into a home in a white neighborhood and is stoned, burned or routed out, they are victims of an overt act of individual racism which most people will condemn. But it is institutional racism that keeps black people locked in dilapidated slum tenements, subject to the daily prey of exploitative slumlords, merchants, loan sharks and discriminatory real estate agents." (emphases mine)

Ture and Hamilton observed that individual racism "can be recorded by television cameras," but that the more subtle and "less overt" forms of institutional racism are "no less destructive of human life."

This has proven true in many areas of the American economy, including the banking sector.

In a series of recent statements, Dimon and his fellow CEOs focused on individual racism -- even though Black Lives Matter activists have issued a policy agenda that also addresses systemic racism. The CEOs promised to foster diversity and inclusion in their workforces (hardly a major concession, since their websites and annual statements already pledge to do that.) But what they did, more than anything, was promise to "listen."

Related Topic(s): Bankers; Black Lives Matter; CEO AVARICE; Racism; Wealth Inequality, Add Tags
Add to My Group(s)
Go To Commenting
The views expressed herein are the sole responsibility of the author and do not necessarily reflect those of this website or its editors.