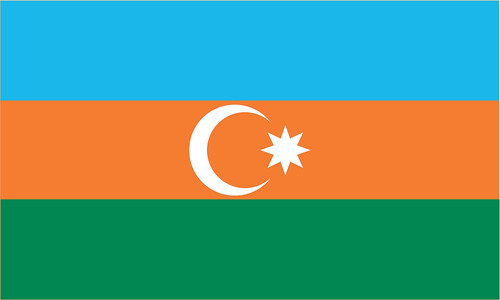 The old fox Henry Kissinger once made an offhand remark that is worth pondering: it may be dangerous to be America's enemy, but to be America's friend is fatal. Quite a few countries have come to appreciate the wisdom of his observation, Azerbaijan being perhaps the latest.

The long cordial relations between the United States and Azerbaijan (since the dissolution of the Soviet Union at least) have lately taken some interesting twists and turns.

Similarly to Macedonia and Albania, since acquiring independence Azerbaijan has sought (or that at any rate has been the stated goal of its post-Soviet political elite) to be Washington's reliable flunkey in the Caucasus, rendering valuable services as one of its springboards to the Middle. That eagerness to help was undoubtedly pleasing to the American partners because the US could benefit from Azerbaijan's services in the pursuit of its regional interests. As usually occurs in such situations, the result was a complex game played out between the two countries. That sort of game, however, was characterized by the fact that the players are not even remotely of equal stature. When the playground is more carefully examined, it turns out that it was a game played by a large cat with a tiny mouse, and with predictable consequences for the mouse.

That was manifested with particular clarity against the background of the violent assassination of the Iranian general Soleimani in February 2020. That hugely significant event put Azerbaijan on the spot since, on the one hand, it was a US ally in the Caucasus, but also a cordial neighbour of Iran, on the other. To Baku, relations with Teheran are also of great significance. As a result, Azerbaijan found itself in an extremely ambiguous situation: picking the side of the US and Israel in the hypothetical conflict carried the risk of Iranian military intervention on Azeri territory. Significantly, as soon as the assassination crisis broke out the Azeris rushed to undertake some very active diplomatic initiatives in order to lower tensions and reduce the likelihood of a bellicose confrontation. Azeri diplomacy used the full spectrum of its resources: phone calls, multilateral contacts, notes, and all the rest. The Azeri leadership's initiatives, however, brought the country no palpable relief. As the crisis unfolded, the realization hit them like a brick wall (they would have been better prepared had they studied Dr. Kissinger before making decisions on their geopolitical alignment) that the distant hegemon is serenely disinterested in the fate of a tiny ally such as Baku. Having swept away an obstacle to its Middle Eastern policy and provoked tensions almost to the point of war, the hegemon thought nothing of compromising Azerbaijan's security when it suited the attainment of its larger objectives. Azerbaijan was essentially left to fend for itself.

On closer examination, the dismayed Baku was also hit rather hard by the disconcerting realization of its great Western partner's condescending treatment of one of the most sensitive issues in Azerbaijan's political agenda: Nagorno Karabakh.

Nagorno Karabakh, it should be recalled, is to Azerbaijan roughly what Kosovo is to Serbia. It is an enclave surrounded by Azeri territory populated mainly by rival Armenians, but claimed by Azerbaijan as an inalienable part of its territory. Promises of assistance to engineer a favourable settlement of the Nagorno problem were a key factor which motivated the Azeri leadership to enter into an informal alliance with its Western partners and to seek their support. On the whole, however, their gambit has not paid off. Nagorno Karabakh is still not an integral part of Azerbaijan, and after Armenia's recent color revolution and installation of a West-friendly regime there, Western partners have suddenly become attentive to Armenian arguments, to Baku's bitter chagrin.

While technically remaining co-chair of the Minsk Group of the Organization for Security and Co-operation in Europe and spouting all the politically correct verbiage, in its approach to the Karabakh problem the US has in practice failed to adhere to the principles of even-handedness. Despite verbally proclaiming their commitment to Azerbaijan's territorial integrity, in practice the Americans have been caught flirting with representatives of the unrecognized Nagorno Karabakh Republic. An example of this sub rosa relationship that has irked the Azeris was the visit paid to Stepanakert on October 2, 2019 by the co-chair of the Congressional Caucus on Armenian Issues, Cong. Frank Pallone. The official purpose of the visit was to study ways to strengthen ties between the US and Nagorno Karabakh (referred to pointedly by its Armenian designation, Artsakh) and to consider various projects that Washington was ready to finance in the enclave. The visit was framed in terms of laudable objectives, such as assisting a "young, developing democracy". But the point was not lost on the Azeris. Flowery rhetoric aside, Washington's position was couched in conspicuous ambiguity in regard to what for them was the key issue: where Nagorno Karabakh belongs. Hardly a fitting reward for loyally toeing the line.

While the US has committed rhetorically to a peaceful and fair resolution of the Karabakh issue and is still offering to assist in creating conditions for constructive negotiations, the impression is dawning on the astonished Azeris that the US is actually facilitating the legitimization of what they regard as Nagorno Karabakh's separatist regime. They cannot help but view it as "creeping" recognition, whatever ingenious formulas may be used to disguise the process.

Adding insult to injury is undoubtedly the allotment of funds earmarked for "democratic and economic reforms" in Armenia, broadly understood of course to include the disputed territory, to the tune of $17.6 million and the September 2019 legislative amendments designed to help Armenia reach military parity with Azerbaijan.

There are, of course, other items besides Nagorno Karabakh that affect relations between Azerbaijan and the US. The Azeris are unlikely to immediately give drastic vent to their disappointment. But the damage has been done and once again it was principally caused by the utter lack of deftness in American diplomacy.

Related Topic(s): Diplomacy; Iran; Soleimani, Add Tags
Add to My Group(s)
Go To Commenting
The views expressed herein are the sole responsibility of the author and do not necessarily reflect those of this website or its editors.