The senator set out to organize and educate and transform our understanding of what is possible in politics. He succeeded. 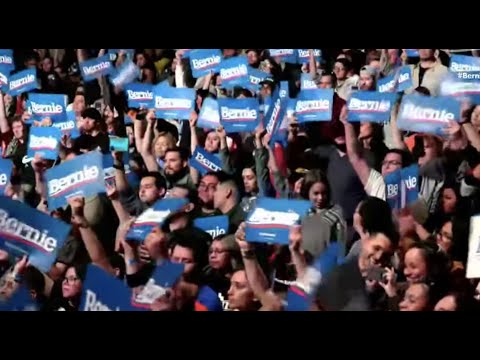 When Bernie Sanders first told me that he was seriously entertaining the prospect of bidding for the presidency, in February of 2014, he was not prepared to use the typical language of presidential contenders. I noticed how he avoided saying, "When I am president..." or even "As president, I will..." Instead, he spoke of building movements and educating people about what might be possible in our politics.

He literally told me in an interview that would be the basis for a Nation cover story -- headlined, "Bernie Sanders: 'I Am Prepared to Run for President of the United States'" that "a campaign has got to be much more than just getting votes and getting elected. It has got to be helping to educate people, organize people. If we can do that, we can change the dynamic of politics for years and years to come."

Over the ensuing six years, in a quest for the Democratic presidential nomination that was framed around two formal candidacies and informal campaigning that never really stopped, Sanders doggedly pursued that vision. He adjusted his language slightly, recognizing that it was necessary in American politics to encourage voters to imagine a Sanders presidency. Eventually, Sanders embraced the prospect himself, as polls suggested early in 2019 and again early in 2020 that he was the front-runner in a crowded Democratic field. But, after a series of primary defeats in March, and with his poll numbers slipping, Sanders slid back into the status he had known late in the 2016 campaign: that of the last challenger standing to a presumed nominee. And, on Wednesday, he suspended his campaign with a kind word for the presumptive nominee, former vice president Joe Biden, and an extended message to supporters that renewed the old language of movement building and education.

Sanders acknowledged that he would not be the transformative democratic socialist president of the United States. He would not even be the Democratic nominee for president. He would be a senator, one of 100, struggling to advance policies in the midst of the coronavirus pandemic and the economic collapse that has extended from it. "We are now some 300 delegates behind Vice President Biden and the path to victory is virtually impossible," he told supporters Wednesday, via the live-streaming technology that has become the primary vehicle of political communications in this Covid-19 moment.

Related Topic(s): Bernie Sanders; Bernie Sanders Legislative Agenda; Bernie Supporters; Politics; Progressives, Add Tags
Add to My Group(s)
Go To Commenting
The views expressed herein are the sole responsibility of the author and do not necessarily reflect those of this website or its editors.