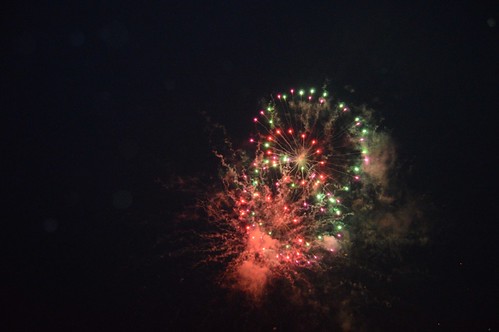 The desire to be left alone can be a value that binds people together. That's a little ironic, but it's worked in America (very imperfectly) for 245 years. Today it seems freedom and independence from government have devolved into freedom and independence from each other. It can be hard to feel the bonds of common citizenship, and each year the divisions seem to grow. While independence is one value to respect, I'd like to offer a couple other values that could unify us as Americans. They shouldn't be controversial... they're things we say we already believe.

Virtually all Americans at least profess respect for our Declaration of Independence, but even the few who don't know one of its most famous ideas: Governments "derive their just powers from the consent of the people" and are "instituted among men" to secure "life, liberty and the pursuit of happiness" for the citizens. That, in writing, is what the American government was built to do. This fundamental assumption should unite EVERY American.

Of course it doesn't. Too tragically many people have diminished "life, liberty, and the pursuit of happiness" to a poetic slogan. They see it as an unrealistic and naïve aspiration for any government, certainly not an achievable one for our own. However, it unified us as a country 245 years ago despite our desire for individual independence and it may be what's missing today.

What does "life, liberty, and the pursuit of happiness" need to mean to be more than flowery gibberish? Can it mean anything at all in today's real world? Actually, it can settle some of the most divisive issues we face.

"Life" means more than simple existence, it means a Life of health and dignity. It means Single Payer; access to Health Care when you're sick without the added worry of bankruptcy. It means clean air (a right denied to 40% of Americans), clean water (a distant memory in Flint, Michigan), and safe food (increasingly a luxury). It means shelter, a right not secured for over 500,000 of our fellow Americans every night and endangered for millions more.

"Liberty" applies to our Justice system, from police to courts to prisons. The idea that "Liberty" only comes with 'equal justice under law' is one of the most basic elements of a free society... there is no Liberty without Justice. Yet actual people now yield liberty to 'corporate people'. Racial bias is rampant in criminal courts and economic bias rules in civil ones. Civil Asset Forfeiture almost demands abuse by the police who use it. For-profit prisons incentivize police to find cell occupants instead of criminals. None of us have Liberty if fellow citizens fear their 'protectors', so the increasing militarization of police and the bloodbath of police shootings threatens us all.

While no one is guaranteed happiness, the "Pursuit of Happiness" is different. Among other things it means education, but in today's world education is mocked and ridiculed. It's derided as 'indoctrination' by people who don't, or consciously refuse to, understand its importance. For those who still appreciate it, education is fast becoming a luxury instead of a right. Funding schools with property taxes has resulted in a spiral of bad schools for poor neighborhoods and good schools for rich ones. The exploding cost of higher education has turned it into a set of economic shackles that prevents home ownership, starting a family, business investment, or any of the options the education was supposed to improve.

In this time of division and strife, precious few things remain to unite us. If Americans are divided, if Americans are fighting, if Americans can't see the common humanity in each other, then it may be time to go back to our founding principles to find what Americans are supposed to be. In today's world it may not heal the wounds, but it might give a hint where healing lies.

We're an automotive shop in Portland, Oregon, and we've always believed it's not just a right, but a duty for citizens to ponder and improve our democracy.
Related Topic(s): Independence Day; Independence Movement, Add Tags
Add to My Group(s)
Go To Commenting
The views expressed herein are the sole responsibility of the author and do not necessarily reflect those of this website or its editors.

Reality matters most in this time of universal deceit

As we celebrate independence, what still unites us?

Whose buck is it anyway?