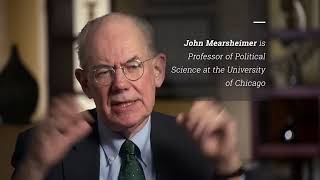 Al Jazeera documentary on the Israeli Lobby in the USA -- both open and hidden -- which has been suppressed for many months.
(Image by YouTube, Channel: Aer O'Head)   Details   DMCA
>

In 2016 and 2017 Al Jazeera produced a program that unmistakenly documents the Israel government and U.S. Israel lobby's all-out effort to spy on, smear, and disrupt American students and other activists who are working to build an understanding of the Palestinians' plight. The Lobby -- USA, however, has never been broadcast by Al Jazeera. Reporting indicates that it was suppressed after pressure from the lobby on the government of Qatar, which funds Al Jazeera. Nevertheless, it is now available at The Electronic Intifada and on YouTube. Watch all four parts here and here. What the program presents is shocking.

The Lobby -- USA, which features an undercover journalist who won the trust of key pro-Israel operatives and who videoed revealing meetings, demonstrates beyond question the lengths to which the Israelis and their supporters in the United States will go to prevent a change in American thinking about the beleaguered Palestinians. The effort aims to smear Palestinian students in the United States and pro-Palestinian American activists and political candidates who criticize Israeli policy as anti-Semites and enablers of terrorism. The paid pro-Israel operatives, guided by Israeli government officials and embassy staff, have used social media and other channels in an attempt to destroy the career potential of student activists who work to raise Americans' consciousness about the Palestinians. Establishment news operations, such as the Washington Post, are also implicated. Major targets are activists in the Boycott, Divestment, Sanctions (BDS) Movement and Students for Justice in Palestine.

Al Jazeera produced a similar program about Israeli interference in British politics, which led to resignations of a key Israeli embassy official and other reactions that confirmed Al Jazeera's damaging charges.

I could not do justice to the program even in a long article. Instead, I will urge readers to watch it in its entirety -- and think carefully about what it means.

As one critic of Israel asks on the program, if Russia or Iran or China were doing what Israel and its American friends are doing, most people would be outraged. This is hardly the first time that Israel and friends have been caught covertly and overtly trying to influence discourse and even elections here through smear campaigns against activists, writers, and political candidates, but this is certainly among the most flagrant and elaborate examples.

Let's step back from the poisonous trees for a moment to view the forest. In 1948 the leaders of a European and nominally Jewish movement, Zionism, unilaterally declared the existence of the State of Israel, which they proclaimed the nation-state of all Jews everywhere, a status recently reaffirmed by the Israeli Knesset. (The UN General Assembly recommended partitioning Palestine into a larger Jewish state and a smaller Palestinian state, but it had no power to actually create the state of Israel.)

It so happened this state was built on land taken by force from the long-standing majority indigenous Palestinian population, most of which was Muslim and Christian. Hundreds were massacred, three-quarters of a million were driven from their homes, and the remainder were subjected to martial law for two decades, before being given third-class citizenship with no power to improve their legal status. (Arab nations half-heartedly tried to assist the overwhelmed Palestinians, although the king of Jordan worked with Israel to divide the spoils.) Almost 20 years later, the rest of Palestine was taken through warfare, producing what are known as the occupied territories in the West Bank, with its apartheid-like regime, and the Gaza Strip, which is nothing more than an open-air prison under a cruel Israeli blockade.

Why? Because a "Jewish State" could not be realized if it were populated by non-Jews. And if some non-Jews remained, the state could not be a liberal democratic state, with equality under the law, for obvious reasons. All this was aided from the start by European Christians who, apparently guilt-ridden over how the Jews of Europe had been tyrannized, culminating in the Nazi genocide, opted to assuage their guilt with the land, blood, and liberty of the innocent people of Palestine, long the plaything of colonial powers.

Since that time, Israel has repressed the Palestinians in a variety of ways, depending on whether they are in the state as it existed in 1949; the West Bank, which was seized during the June 1967 war; or the Gaza Strip (also called the Gaza Ghetto), also seized in that war. Meanwhile, millions of refugees -- people (and descendants of people) driven from their homes by Zionism's terrorist militias, have been confined to refugee camps, stateless, rightless, and destitute.

At various times, Israel, with America's backing, has cut deals with Arab states and Palestinian quislings for the purpose of keeping the Palestinians from winning their rights either in a single secular democratic state or through a two-state plan. Western political and media establishments have overwhelmingly sympathized with the Israelis and demonized the Palestinians (and Arabs and Muslims generally). It didn't take long for the public to be propagandized, against all evidence, into believing that the Palestinians are the aggressors and the Israelis the victims. Apparently, a person is anti-Semitic if he objects to having his property stolen by someone who claims that property in the name of the Jewish People.

But after so many decades of Israeli wars, massacres, repression, and routine brutal dehumanization, the tide has started to turn. Israel pulverized Gaza and its people one too many times; it shot and broke the bones of too many children before too many video cameras. And so public opinion, especially among younger Americans -- and particularly among younger Jewish Americans, has been turning against Israel. Then the BDS Movement arose to accomplish what a similar movement help to accomplish against apartheid South Africa: bringing world attention to an intolerable situation and take concrete steps to change it.

All of this has been too much for Israel's ruling elite and its supporters in the United States, Great Britain, and elsewhere, and they are fighting back. They know they can't win on the merits. Well-documented historical studies and basic morality have seen to that. So they smear their opponents as Jew-haters and supporters of terrorism. As one Israel lobby operator puts it in the Al Jazeera program, you discredit the message by discrediting the messenger -- which is what The Israel Project, Foundation for Defense of Democracies, Israel on Campus Coalition, Canary Mission, Emergency Committee on Israel, Israeli Embassy in Washington, Israeli Ministry of Strategic Affairs, and the other co-conspirators have set out to do. Their goal, as their leaders themselves acknowledge, is to identify criticism of Israel with anti-Semitism. (Also see this.)

But it goes beyond that. The Israel lobby realizes that the anti-Semitism charge no long sticks so tenaciously to people who merely indict Israel for its obvious mistreatment of the Palestinians. So the lobby has resorted to a broader brush: it says that those who support BDS and the Palestinians are anti-American, anti-democracy, and anti-all-blessed-things. BDS and Students for Justice in Palestine, the lobby contends, are hate groups. This of course is patently absurd, but Israel's side observes no limits it what it is willing to say and perhaps do to destroy the reputations anyone who realizes that the Israeli emperor has no clothes.

Al Jazeera, the Electronic Intifada, Max Blumenthal's The Gray Zone Project, and others have performed a much-needed service on behalf of freedom, justice, and decency. I urge you to watch this program and spread the word.

Sheldon Richman is vice president of The Future of Freedom Foundation and editor of FFF's monthly journal,  Future of Freedom . For 15 years he was editor of The Freeman , published by the Foundation for Economic Education in (more...)
Related Topic(s): Anti-semitism; Israel; Israel Firsters; Israel Lobby; Israeli Fascism; Lobbyists AIPAC; Video, Add Tags
Add to My Group(s)
Go To Commenting
The views expressed herein are the sole responsibility of the author and do not necessarily reflect those of this website or its editors.