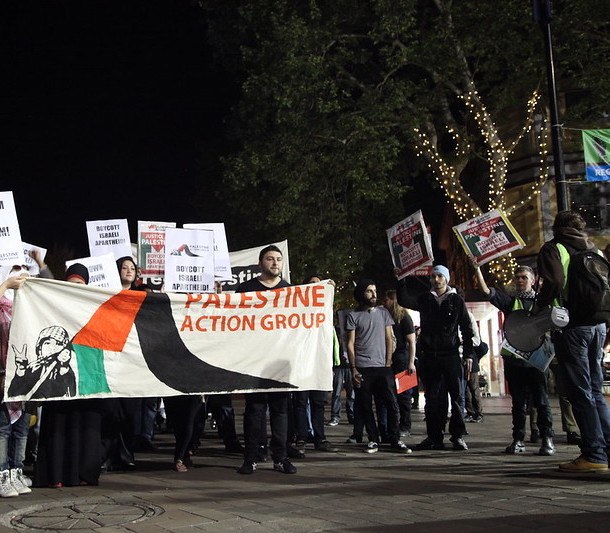 Americans' free-speech and other rights are being violated by state laws aimed at stifling the BDS (Boycott, Divestment, Sanctions) Movement against Israel's illegal rule of Palestinians in the West Bank and Gaza Strip, both conquered over half a century ago. Twenty-eight states have enacted anti-BDS laws or executive orders that prohibit state agencies and state-financed entities, such as colleges, from doing business with any person or firm that hasn't pledged never to boycott Israeli goods.

Appropriately, these laws have come under fire as violations of both free speech and the right to engage in boycotts, which consist of peaceful decisions not to buy products of a particular origin.

The latest case to hit the news is concerns journalist and filmmaker Abby Martin and the state of Georgia. Martin explained the case in a January 11 tweet: