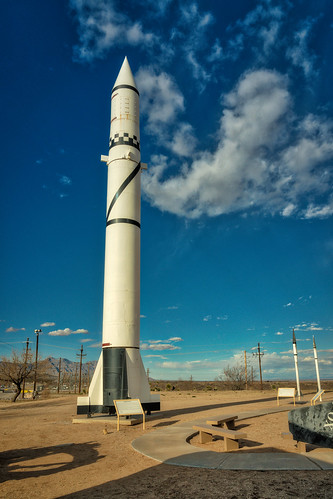 The same issues have been rehashed and rehashed in the 2020 election.

The economy, and Covid-19 have grabbed most of the headlines this cycle. Less talked about is the world's crumbling arms control infrastructure, much of which has occurred in the Donald Trump Administration. The question of what our country can afford in terms of domestic spending is always discussed in an election year.

If Joe Biden should win the presidency, the opposition Republican party will question the size of his spending plans. Little attention has been given to how much our current arms control policies will cost us in the long run. Biden has said he will renew the 2010 Obama/Biden Administration New Start Treaty that set a 1,550 limit on the number of nuclear warheads that can be possessed by both the United States and Russia. Trump's arms control envoy Marshall Billingslea demands that Russia give in to changes in the treaty with all kinds of limits on warheads and that China join in a new treaty.

Such a move would be a win for multilateral arms control. However, Russia said it will reject the proposed format. It's worth noting that China doesn't have near the nuclear arsenal as the U.S. or Russia at this time. Billingslea said the U.S. would redeploy weapons prohibited under New Start. This would build up our arsenal to a level not seen in decades. In turn, it would cost our government billions. A Congressional report said the Pentagon could incur costs of at least $1.5 trillion.

Arms Control Association Executive Director Daryl Kimball pointed out in his story "Trump's Dangerous Disarmament Diplomacy" that no one really wins an arms race. Both sides spend far more than they need to deter a nuclear attack.

If Biden should win, our country will have 16 days to extend the New Start Treaty. The Trump path represents a loss for the U.S., Russia, and the world. However, the decision is about more than just arms control agreements. It's about a vision for security.

We're currently fighting a pandemic with non-traditional weapons - vaccines, hospitals, and all things related to medical care. Our fight against the greenhouse effect involves low-carbon and no-carbon energy and adaption measures that have nothing to do with more military spending. To build a new middle-class in a different type of economy, we'll need higher wages, more social insurance, and better education. If we're spending billions on nuclear warheads, there will be a fiscal fight on what our government spends money on and the fight for a better future could be lost. Let us work toward a security that includes more economic and environmental security and fewer nuclear and traditional arms!

Jason Sibert worked for the Suburban Journals in the St. Louis area as a staff writer for a decade. His work has been published in a variety of publications since then and he is currently the executive director of the Peace Economy Project.
Related Topic(s): Armed Forces; Nuclear; Russia, Add Tags
Add to My Group(s)
Go To Commenting
The views expressed herein are the sole responsibility of the author and do not necessarily reflect those of this website or its editors.

On Geoeconomics, International Law, and Peace

Our Government, Democracy and World Order

The Future of Security