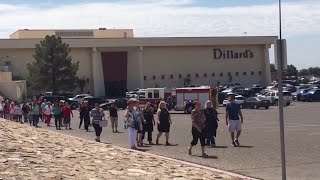 Considering the latest mass shootings in El Paso, Texas and Dayton, Ohio it would seem appropriate to get past the usual coming from the left i.e. "too many guns on the streets", misreading of the 2nd Amendment, the NRA and the usual from the right, "guns don't kill, people do" and "we have the Constitutional right to bear arms". Maybe we need to consider a source if not the main source behind these mass shootings.

From here the principle source is hatred; hatred of others, immigrants, minorities, blacks, browns, Muslim's, Islam or the boss on the job, others in the workplace, a teacher, bullying by other students.

No one comes into the world hating. Hatred is learned.

Let's consider the hatred spawned by "official" Washington. We have "enemies" that must be confronted. During the cold war it was Communism and Communists, Stalin and Mao, the Soviet Union and Red China. When the Soviet Union ceased to exist in 1991, it took ten years then the "enemy" became al Qaeda, the face of Osama bin Laden, terrorism and terrorists, blaming 9/11 on them, then "Dubya" Bush proclaiming a "global war on terrorism", the invasion of Afghanistan where Osama was reportedly hold up.

These "enemies" of "official" Washington are constantly bashed at times by the president, the Congress, economic sanctions placed on them, then demonization of these 'enemies" reinforced by TV pundits, "expert" commentators, the hosts of political programs in our complicit, enabling corporate owned MSM.

So from the pinnacle of power in America there are "enemies" and hatred of those "enemies". One could say hatred of enemies and combating them correctly describes "official" Washington's undeclared, yet actual policy in its dealings with the rest of the world.

"Official" Washington talks "we're a force for good" promoting "freedom of navigation", support for human rights and bringing "freedom and democracy" when in fact we promote the exact opposite of what we pronounce.

We promote instability, regime change, initiate coups and assassinations, unnecessary war and commit torture against any country that chooses an independent path and resists falling under US hegemony.

We're a violent country internationally. Why should it be any different domestically.

America was born of violence. Look at our past. Slavery, genocide of the indigenous people then placing the survivors on reservations (gulags), initiating a war against Mexico in 1848 then annexing what is now California, Nevada, Utah, Arizona, New Mexico and part of Colorado.

So today in America we have mass shootings of innocents. Is this not the latest iteration of a nation born of violence?

Is it a stretch to link the hatred's of murderers committing these domestic mass shootings with "official' Washington's hatred of its "enemies" and the violence it commits against them? Maybe.

Do we simply divorce the prevalence of these domestic mass shootings from the violence initiated by "official" Washington simply because the connection can't be shown statistically?

Retired. The author of "DECEIT AND EXCESS IN AMERICA, HOW THE MONEYED INTERESTS HAVE STOLEN AMERICA AND HOW WE CAN GET IT BACK", Authorhouse, 2009
Related Topic(s): Mass Shooting; Violence-War, Add Tags
Add to My Group(s)
Go To Commenting
The views expressed herein are the sole responsibility of the author and do not necessarily reflect those of this website or its editors.