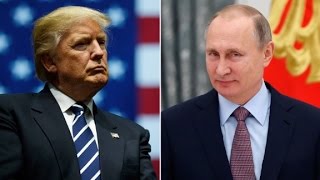 An idiot American pilot shot down a Syrian fighter that was attacking ISIS, thus confirming that Washington is not fighting ISIS, as Washington claims, but is protecting ISIS, its agent sent to Syria by Obama and Hillary to overthrow the Syrian government. General Michael Flynn revealed on a TV interview that Obama and Hillary had, over his objection as director of the Defense Intelligence Agency, made the "willful decision" to send ISIS to Syria.

Washington's pretense that Washington is fighting ISIS, rather than supporting it, is the excuse for Washington's illegal presence in the Syrian conflict. Russia and Iran are in Syria legally, invited there by an elected government. The Americans are there uninvited as war criminals. Under international law established by the Americans themselves, it is a war crime to initiate aggression against a country that has not raised a fist against you.

So, to be in Syria, Washington has to pretend to be "fighting terrorism" rather than supporting it. The lie has been given to this claim many times, but now that an American pilot has proven that the US is in Syria to support its agent, ISIS, not even a Megyn Kelly presstitute can honestly claim to believe that Washington is fighting ISIS.

The Russians, Syrians, and Iranians have known this from the beginning. However, these official sources are all suspect in the presstitute Western media. So with the presstitutes' complicity, Washington's lie has stood until the idiot American pilot blew the lie out of the sky along with the Syrian fighter and its pilot.

Washington, of course, will lie through its teeth. It is the only thing Washington knows how to do. Washington will claim that it was a "coalition fighter," that is, some one else was flying the US F-18. It wasn't us. Or they will claim that the Syrian fighter was attacking women and children, or a trans-gendered compound or a maternity ward for women raped by Assad's "brutal troops." Washington will spin it in some way to make an aggressive war crime into an heroic defense of a victim group.

One question is: Did the idiot US pilot do this on his own, a hot shot playing Top Gun, or was this a planned provocation of the military/security complex outside of channels to begin a conflict between the US and Russia that would prevent any possibility of President Trump reviving his goal of defusing the high level of tensions with Russia? A $1 trillion, 100 billion annual military/secuity budget paid by American taxpayers is at stake.

We don't know if the pilot acted on his own or on orders.

What we do know is that it did not go down well with the Russians. The Russian Defense Ministry said today that it regards the decision by "the US command as an intentional violation of US obligations in the framework of the memo on avoiding incidents and the safety of aviation flights during operations in Syria signed on October 20, 2015."

Surprise! Surprise! The Americans broke yet another agreement Washington signed with Russia.

How many agreements with Russia does Washington have to break before the Russians finally understand that a signed agreement with Washington is meaningless? Will the Russians ever learn? The American Indians never did. There is a famous American T-shirt: "Sure you can trust the government: Just ask an Indian."

Perhaps the Russians finally have learned that any agreement with Washington is worthless at best and a death warrant at worst. The Russian Defense Ministry announced today that Russia is halting all interactions with the US within the framework on the memorandum of incident prevention in Syrian skies. Additionally, the Russian Defense Ministry stated that Russian missile defense will intercept any aircraft in the area of operations of the Russian Aerospace Forces in Syria and: "In areas where Russian aviation is conducting combat missions in the Syrian skies, any flying ojects, including jets and unmanned aerial vehicles of the international coalition discovered west of the Euphrates River will be followed by Russian air and ground defenses as air targets."

In other words, in Russia's understated way, Russia has declared a no-fly zone over all areas of Syria in which Syrian and Russian forces are operating. Any intruder into that area will be blown out of the sky. American, Israeli, whoever, they are dead meat.

As it is Russia, not Washington, who has air superiority in Syria, all that is required is one more dumbshit American pilot, who will get his stupid ass blown out of the sky, and the utter morons in Washington will have to back off or make a mistake. As stupid as Washington is and as full of hubris, the morons will make a mistake.

There is no intelligence in Washington. Only arrogance and hubris. The quarter century I spent there was with the most utterly stupid people on the face of the earth.

Related Topic(s): Agreement; Syria; Terrorism; Vladimir Putin, Add Tags
Add to My Group(s)
Go To Commenting
The views expressed herein are the sole responsibility of the author and do not necessarily reflect those of this website or its editors.