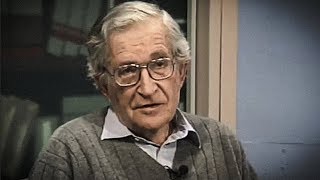 Ninety years old and still going strong. Almost twenty years after the age when that other great left-wing public intellectual Jean-Paul Sartre was already utterly frail, uncommunicative, pliable in the hands of his handlers, and prone to haplessly spilling egg and mayonnaise on his face while eating, Chomsky is still constantly giving interviews, traveling to distant countries to give talks on the political issues of the day, and in general is just as lucid as he always has been. It's an unusual constitution that guy has.

A few years ago I wrote a long article about why I find Chomsky important, but I'm now embarrassed by that piece and unable to read it. Nor did it succeed in communicating what he has meant to me. So I thought that on the occasion of his ninetieth birthday I'd take another stab at it. A lot has been written about him, but little from the "personal" perspective I'll adopt.

I'm well aware of Chomsky's aversion to personalizing things, and to an extent I share his taste. There's something inegalitarian about singling people out and praising them to the sky, something anti-democratic and anti-anarchistic about treating them as authorities (particularly if they're perceived as nearly infallible). Even aesthetically one might object to doing so, if one prefers the coolly rational and objective aesthetic of classicism, of Bach and Mozart, the purity of a vision elevated above the spots and blemishes of the concretely existing. I've always much preferred the realm of ideas and perfection to that of personality and politics. It's just so much cleaner, so much nobler and more sublime, timeless, transporting, this realm of philosophy, science, intellectual and art history, music from the Baroque and Classical eras, all things not merely time-bound or particular. The universal is what's healthy; the particular slides into decadence.

But this is exactly why I can't help but be fascinated by Chomsky. For he seems, at least from afar, to be a unique fusion of the particular and the universal, of personality and reason, a person who exists above the personal. I've never seen anyone so reluctant to say a word about himself or his private life, his personal grievances or feelings or experiences, so completely self-effacing that it's hard even to believe he has a family or a life at all. He seems to be the disembodied voice of reason, compassion, and morality. I remember years ago jotting down some thoughts in my journal comparing him to certain other intellectuals, his antipodes:

Related Topic(s): Birthday; Books; History; Intellectuals; Noam Chomsky; People; Politics; Power; Thinking; Time; (more...) Truth; Writing, Add Tags  (less...)
Add to My Group(s)
Go To Commenting
The views expressed herein are the sole responsibility of the author and do not necessarily reflect those of this website or its editors.