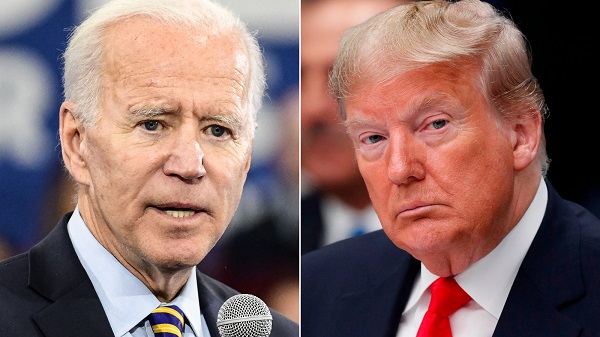 The rituals of the political left are as predictable as they are puzzling. It's an election year, so we leftists have a sworn duty to reignite, for the 10,000th time, the debate about "lesser-evil voting." Glenn Greenwald recently made some comments on the matter, as did Noam Chomsky, and Bruce Levine weighed in in a CounterPunch column on June 19, and other corners of the Facebooking, tweeting, YouTubing, altogether self-flogging left have delved into the dull topic, so I can't resist inserting my two cents too. In accord with my self-identification as #1 Fan of the Great Man, I want to defend the Chomskian point of view.

Are the two political parties the same? No. Are they even approximately the same? No. They're growing farther and farther apart, thanks to, on the one hand, the neofascism of the right, and on the other hand, the "democratic socialist" insurgency that has already elected leftists to Congress. The political center cannot hold; the momentum is on the right and the left, and the left has begun to drag even the most debased corporatists (Pelosi, Schumer, et al.) at least symbolically in its direction. Hence the ludicrous sight of capitalist minions draped in kente cloth kneeling on the floor of the Capitol. Hence Biden's relatively progressive policy platform. Hence the progressive bills the House passed in 2019, even before the left-populist wave became as visible as it has been in 2020.

The Democratic Party belongs to business, but there are different sectors of business. Just read Thomas Ferguson. There is "liberal" business and there is fascist business. Liberal business funded Franklin Roosevelt even after he had signed the Wagner and Social Security Acts in 1935 (in fact, it helped write them)two legislative achievements that leftists have celebrated ever since. Liberal business supported the Great Society. If you look at history, every law that has significantly benefited the population wasof necessitysupported by some segment of the business community. Otherwise it wouldn't have gotten anywhere. It would be nice if we didn't need assistance or at least acquiescence from the liberal side of the ruling class in order to enact desperately needed reforms, but we're not remotely close to that point yet.

Biden is an obscenity, but he isn't a neofascist. That consideration alone should be decisive. He's done terrible things (so has Sanders, by the way), but the political context is changing. The Democrats of the 2020s will not be the Democrats of the 1990s. They won't be socialists either (except in rare cases), but we have to live in the real world. We have to oust the aspiring fascists before we can make really constructive changes. At the absolute least, we have to prevent things from getting drastically worsewhich they will if Trump is reelected, and if Republicans hold the Senate.

What about Greenwald's argument that regularly voting for Democrats causes you to lose any leverage you might have over them? It is a powerful argument, and it is a major reason the Democratic Party has been able to virtually ignore organized labor for decades. But, again, in a time of a newly energized left, there are other ways to pressure politicians than by not voting for them on election day. For one thing, you can try to remove them in the primaries. Or you canhere's an ideaprotest in the streets. (I wonder if that might have some success") Or you can mob their offices or picket their homes or vandalize their neighborhoods or strike workplaces or flood their offices with phone calls or air negative advertisements or hire more lobbyists, etc. In the coming era of social crisis, the left will not lack for means of pressuring elected representatives.

What about the argument one always hears that lesser-evil voting has enabled the rightward drift of the Democratic Party over the last generation? First of all, a few hundred thousand or more votes here and there for a third party wouldn't have changed that, wouldn't have accomplished anything except electing Republicansas it frequently did (I find it bewildering that Ralph Nader can sleep at night). Which itself contributed to the rightward drift of politics. So there goes that argument. The overwhelming cause of Democrats' "rightward drift" hasn't been lesser evilism but the business community's massive mobilization since the 1970s against liberal policies. Hundreds of billions of dollars' worth of propaganda, of institution-building and -dismantling, of investment in armies of lobbyists, has moved the whole political system to the right. You think a little non-lesser-evil voting (among the tiny minority of conscious leftists) would have changed all that?

If you live in a swing state and you don't vote for Biden you're saying you don't care that the judiciary will become ultra-reactionary for at least a generation. You're saying you want to accelerate global warming and ecological destruction. You're saying you want four more years of having to read about the Infant Beast's tweets every day. You want nationalism to triumph and the immigration system to be remade such that its sole purpose is to destroy as many lives as possible. You want higher education to become more expensive and people to remain debilitated by debt their entire lives. You like the way things are now except that they're not bad enough.

All this is inarguable, so obviously true that only the highly indoctrinated can fail to see it. These are the utterly predictable consequences of not voting for Biden. Yes, the terrible, sexist, racist, imperialistic, business-loving Biden. If you want to live in a world of moral purity, take a one-way trip on the SpaceX Starship.

You don't want to be complicit in a Biden presidency, so you'll abstain from voting or you'll vote for a third party. But (if you're in a swing state) that only makes you complicit in a Trump presidency. Does that not tarnish your precious purity more than voting for Biden would?

Bruce Levine, using a common talking point on the left, decries "fear-based decision-making." Lesser-evil voting is fear-based decision-making. Horror of horrors. Personally, I think fear is rational when we're faced with aspiring neofascism and the end of civilization in three generations. I freely admit I'm afraid of what Trump and the Republicans might do in the next four years. But I also have hope: I hope a leftist insurgency can pressure the Biden administration to make things better for a lot of people, and even to lay the groundwork for substantive action on global warming. As Chomsky is fond of saying, one can't predict the specifics of what the future will bring. Institutions change and are susceptible to popular pressure.

Levine's praise of the "integrity" of Briahna Joy Gray, among others, for denouncing Biden after Sanders had endorsed him is misplaced. Nothing is easier than to denounce someone like Biden. Look how easy it is: I revile Joe Biden. See? That was easy. It requires far more courage to buck the tide of popular opinion (on the left) and plead with people to vote for someone as unappealing as that corrupt old corporatist. There is no loss of "integrity" in doing so, if one of your principles is that you care about the predictable consequences of your actions. In fact, if that isn't one of your guiding principles, you're not a very moral person at all.

Chomsky's position is vastly more moral and rational than Greenwald's.

"Gene Debs, Ralph Nader, and Briahna Joy Gray," Levine writes, "weren't ready to grovel in the dust, and those of us who have any energy should consider expending it supporting courageous people like them, as well as maintaining our own integrity and helping one another from becoming too broken to fight." What on earth is he talking about? Is it "groveling in the dust" to spend a few minutes voting for Biden and other Democrats on November 3? Does doing so make one too broken to fight? Maybe that's not what he meant. But I don't see why it arouses so much cognitive dissonance in so many people when you say: fight like hell all the time but vote to keep out the neofascists. There's nothing remotely inconsistent in that imperative. It embodies only the most elementary common sense that a ten-year-old could understand.

But dogmatic leftists? No, it boggles their mind. Such is the lamentable effect of ideological, as opposed to moral, thinking.