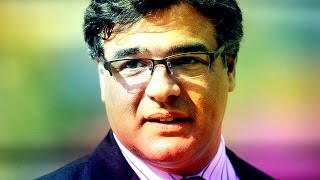 Most of you probably know that I was a former CIA officer, that I blew the whistle on the CIA's torture program, and that I spent 23 months in a federal prison for my troubles. I've never second-guessed myself. I know I did the right thing, even if the cost was high. I lost my federal pension, my job, my security clearance, my life's savings, even my wife. Still, I would do it over again.

In the interim, I've become something of a "spokesman" on the issues of torture and human rights. And I'm frequently sought out by media outlets in the U.S. and abroad. As you might imagine, President Trump's nomination of Gina Haspel supercharged those media requests. The first one after the nomination was made public was from the Washington Post. They asked me to write an op-ed for the Sunday edition. It got more than 2.8 million hits. They also recorded a 30-minute video to promote the piece online. That was followed by three columns about Haspel at Reader Supported News, two appearances on Democracy Now, a panel at CNN, NPR, and dozens of other radio shows. I was very public in my opposition to Gina Haspel. I believe that her deep involvement in the CIA's torture program is disqualifying, no matter how many of the CIA's rank-and-file employees love her, as Senator Mark Warner said in rationalizing his flip-flop on her nomination.

In the midst of all of these interviews, I received a call from freelance journalist Caroline Lester, who said she was writing a story about me for The New Republic, and she asked for an interview. I demurred, saying that I was tired of being the "story." The real news here was Gina Haspel, what she did, what she stands for, and why she shouldn't be the CIA director. Lester was persistent. She said that she had her assignment, the article was going to be written, and I could either cooperate or not. I know a hit piece when I see one, but I agreed to meet with her, if only to take the edge off of what I thought would be a negative portrayal of me, even if it was in the fake-progressive, neo-liberal New Republic.

I was right, of course. The article's headline blared, "The CIA Spy Who Became a Russian Propagandist." It was exactly what I had expected.

As I mentioned above, one of the costs of whistleblowing is financial ruin. A major national security whistleblower once told me that he's been broke since for 45 years. He never recovered financially after blowing the whistle on government illegality.

I was similarly broke until last August, when I received a call from the Sputnik News Network, a Russian government-owned outlet in Washington, with an offer of a two-hour daily radio show. I told the general manager that I would only take the job if I had complete editorial freedom to talk about and to criticize anything and anyone I wanted, including Vladimir Putin. He agreed without hesitation. When I asked if he would put it in writing, he did so immediately. I've been co-host of the show Loud & Clear since September 2017.

The journalist challenged me only once during our conversation. How could I work for a Russian propaganda outlet? I told her that she obviously had never listened to the show. Besides, I said, "Are you going to put food on my table? Are you going to put my kids through college? Nobody else is beating a path to my door to offer me work." I thought we had left it at that.

The article was published a few weeks later and, just as I had expected, was a hit piece. I didn't think it was a big deal, though. Nobody reads The New Republic anyway. But the more I thought about it, the more I wondered if the CIA had put The New Republic up to it.

Almost nobody in America has been as vocal in opposition to the Haspel nomination as I have. I've been a thorn in the CIA's butt for a long time. And certainly this is one of the things that the CIA does. When they don't like the message, they attack the messenger. When former CIA chief interrogator Glenn Carle published a memoir saying that the torture program was immoral, unethical, and illegal, the CIA put out the word that nobody should review the book. Almost nobody did and sales flopped. The same thing happened when NSA whistleblower Tom Drake published his book and when Justice Department whistleblower Jesselyn Radack published hers. The message is meant to discredit and silence the messenger.

That brings me back to The New Republic. They approached Caroline Lester with the story. They commissioned it. So who is Caroline Lester? I have no idea. If you click on her name on the New Republic website, this is her only article. Even a google search doesn't tell you much. She has a website showing that she's a freelancer and podcaster, and the site proudly features her articles in such outlets as the Yale University alumni magazine, a publication called "Roads & Kingdoms," and a magazine called "Off Assignment." Is she in the pay of the CIA? I don't know. Maybe she is. Is The New Republic doing the CIA's dirty work? I believe it is.

The purpose of this column is not to bash Caroline Lester or The New Republic. They're not important enough to bash. The purpose is to tell the CIA that we know what they're doing. It's petty. It's sad. But it's also motivating. My whistleblower colleagues and I will keep up the fight.

Related Topic(s): Attacks On Journalists Media; CIA; Torture; Torture Report; Whistleblower, Add Tags
Add to My Group(s)
Go To Commenting
The views expressed herein are the sole responsibility of the author and do not necessarily reflect those of this website or its editors.