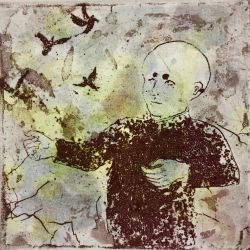 Our best, what's next, is making reparations for the meaningful we've stolen from others especially during our Trump/Pence error - with affordable healthcare including preexisting conditions, electing descendants of former slaves to positions of power and saving all children and students from ICE, unbearable student loan debt and Betsy DeVos.

Next, cease following The Right in the wrong direction; desist obsessing over our mythically enhanced past; ellipse debris of our serial Gates, Trickle-Down deceit and Bushwhacked, Mistakes were Made and walk the walk, we've incessantly talked.

Reason is the saving infrastructure sparing America fragmentation by mob rule choruses wailing No Collusion cover-up chants. With or without the trumped, We the People must lead by the constitutional example of peaceful assembly transforming, petition the Government for a redress of grievances, into being elected to all levels of it.

As people, nation and earth's inhabitants, our ultimate power is Free Will steeped in, Freedom of Choice brimming with the Exceptionalism of Self-Determination.

Remembering, Nixon was reelected in a landslide even after Watergate was headlined news, let us individually self-examine, why: if, a combo of The Right conservatives indifferent to criminal politicians vs. an extremely Liberal candidate on The Left then decline a rerun of, what is past is prologue.

If we must test, Divided We Fall, let's plant Ol' Glory in a watershed opposing Pence religious hypocrisy zealots, McConnell's secretly banker rented cronies and the Impeachment cravings of an energized Left Wing perhaps too pragmatically deficient, to see the core of immorality is conservatives losing sight of it.

The lies we continue to tell ourselves about Sandy Hook, NRA comrades enabling Las Vegas, Orlando's Pulse and Parkland murders while ignoring Trump's ICE cold kidnapping of our morality, by imprisoning and trafficking children, demands our, what's next, must confront our Peter Principal reality show personality's Base, despite understanding finally, no matter the cause, reasonable people do not possess infallible powers to reason with people who choose to be unreasonably committed to unscrupulous men without reason.

Current Republican Party Conservatives, as Barbara Bush discovered but failed to internalize, are reminder and reflection that, America was never a united country speaking in one voice, nor Americans all for one and one for all notwithstanding the brief shining moments of civilian and military leadership during our Revolution, World War II and Cuban Missile Crisis when such courage and humanity preserved, protected and defended both America and humankind.

America's best defense is not offensive inhumane government, in the pocket of bankers banking on Recession returns. It is in choosing to peacefully lead by examples of the Golden Rule, even if 35% of us, choose to pretend, foreigners seeking asylum at our southern borders are greater threats to America's greatness than those hacking our elections.

Even when a president surrounds himself, and by extension us, with felonious cohorts and moneyed Republican puppeteers of the trumped, are breathtakingly motivated for a Mars relocation division conquers only when both sides contribute to its derision.

After Leon Jaworski v. Richard Nixon, our judicial system decided it is the legal responsibility of Congress, not an Attorney General, to determine how a special prosecutor's discovery is to be applied during and after 1600 Pennsylvania Ave occupation expires.