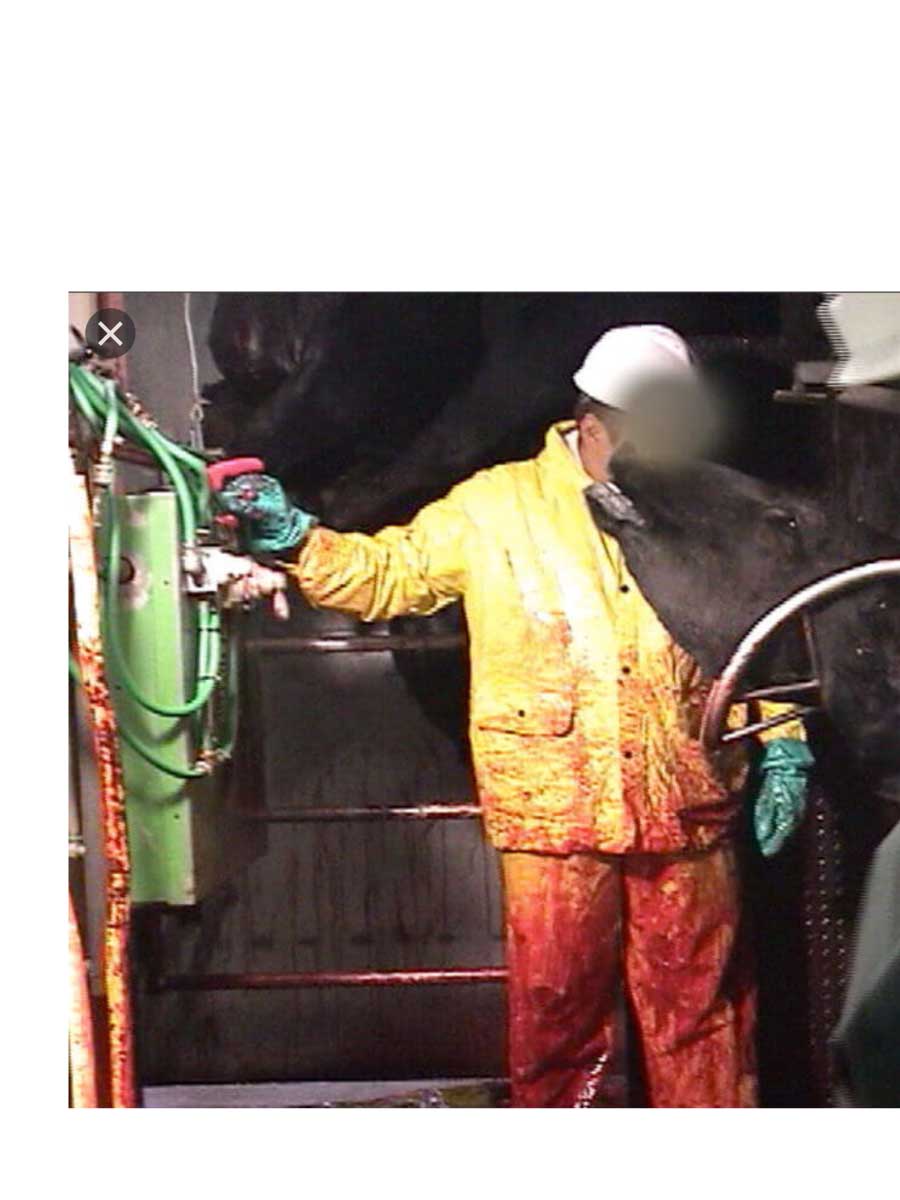 Kosher and halal slaughter are shockingly cruel
(Image by Martha Rosenberg)   Details   DMCA
The year was 2008. Hundreds of ICE officers swooped down on Agriprocessors, the nation's largest kosher slaughterhouse located in Postville, Iowa, in the largest single-site raid to date in U.S. history. Half of the 800 person workforce was arrested.

According to the search warrant, one thousand discrepancies between worker names and social security numbers occurred in three years. A methamphetamine production plant existed with the slaughterhouse, sanctioned by management. At the time of the raid, Barack Obama, then an Illinois senator said of Agriprocessors during a campaign stop in Davenport, Iowa, "They have kids in there wielding buzz saws and cleavers. It's ridiculous."

Child labor charges were initially filed against Sholom Rubashkin, son of Agriprocessors owner Aaron Rubashkin, but they were dropped as prosecutors unspooled elaborate financial wrongdoing perpetrated by Rubashkin which they pursued instead. (Other Agriprocessors managers pleaded guilty at the outset of the trial to multiple charges of abuse of under-age laborers.)

According to the New York Times

"Judge Reade noted that Mr.[Sholom] Rubashkin had misled the bank repeatedly about the finances of Agriprocessors, ordering employees to create fake invoices and moving cash secretly among different accounts, including some designated for religious purposes. The maneuvers caused a loss to the bank of $26 million, the judge found.

In one episode, Judge Reade wrote, Mr. Rubashkin lent $4,500 to illegal immigrants working in the plant so they could buy new fake identity documents, after immigration authorities had questioned the validity of their original hiring documents."

Related Topic(s): Agriculture; Animals; Corporations Agriculture; Food-Agriculture; Industrial Agriculture Failure; People For The Ethical Treatment Of Animals; Trump; US Dept Of Agriculture, Add Tags
Add to My Group(s)
Go To Commenting
The views expressed herein are the sole responsibility of the author and do not necessarily reflect those of this website or its editors.