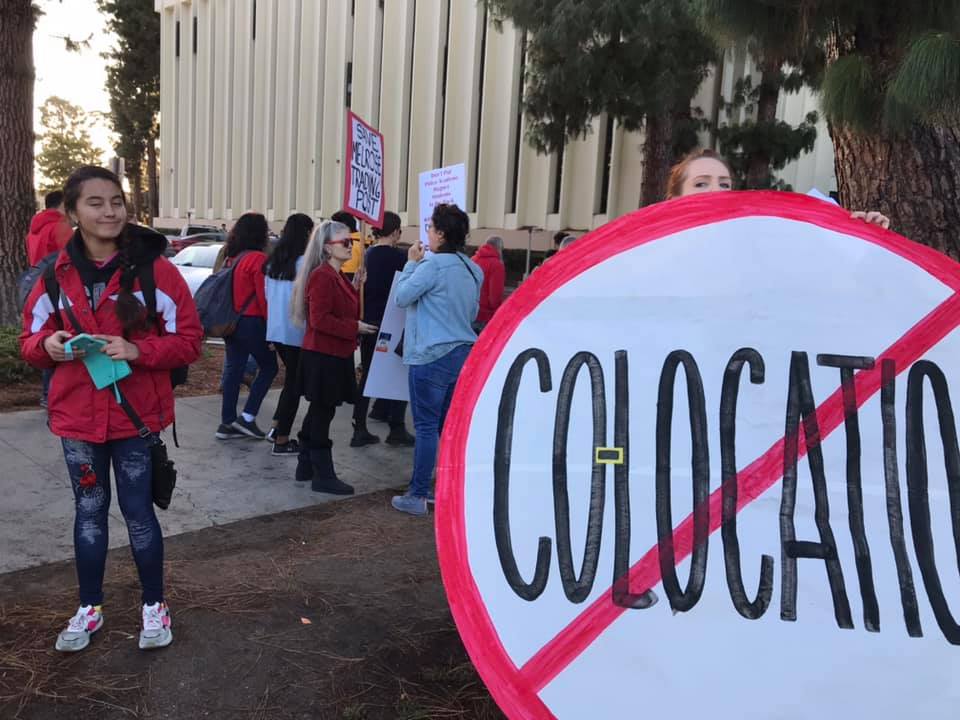 When the Los Angeles Unified School District (LAUSD) announced plans to make school buildings more accessible for those with disabilities, it was met with a lawsuit from the California Charter School Association (CCSA). These publicly funded private schools serve a lesser percentage of children with special education needs than their public school counterparts and, therefore, did not have a vested interest in the district spending money correcting atrocious conditionson aging campuses. Instead, they wanted to divert funds to their own organizations to benefit their various real estate schemes.

As revealed in confidential documents uncovered by Michael Kohlhaas dot org, Board Member Nick Melvoin and his senior advisor, Allison Holdoroff Pothill, held a private meeting with representatives of the charter school industry where they "passed on a great deal of privileged information about LAUSD's legal strategy to [them]. He also agreed to intervene with LAUSD's lawyers to further CCSA's interests." By assisting the CCSA as they pursued lawsuits against the District Melvoin ignored his responsibility to the 80% of students that attend public schools, the moral obligations to the most vulnerable in our society, the ethical responsibilities of his law license and possibly the legal requirements of the Brown Act.

Thus far, Melvoin's fellow board members have ignored calls for a complete investigation of his actions. Seemingly emboldened by this lack of action, Melvoin has set in motion a new attack on students with special education needs. In order to open a new middle school that "would have an enrollment preference for elementary schools serving relatively-affluent West Hollywood ", he needs to clear space on the Fairfax High School campus. The plans to do so will displace the 84 students attending the Career Transition Center (CTC) housed at Fairfax.

CTC'sare programs that teach "job and independent living skills to 18- to 22-year-olds with autism, intellectual disabilities, and other special needs"; students that rely on consistency in order to succeed. The program at Fairfax has programs that teach skills like auto detailing, graphic arts and landscaping, classes that do not take place in standard classrooms and required investments in infrastructure to establish. The model for these schools also relies on building relationships with neighboring businesses in order to provide the students with real-life work experience. It is unreasonable to expect that the program can be picked up and moved to another location without negatively affecting outcomes for the students.

Had Melvoin received input from parents, teachers, and students he might have realized that his plans would prevent the district from successfully helping 84 students to reach their full potential. Unfortunately, the board member who ran on a platform of increasing transparency developed the plans behind closed doors. The teachers of the school were not notified that the CTC faces displacement until November 14 and students were told the following day. The school board is scheduled to vote on the plan at their December 3, meeting. That gave stakeholders just a couple of weeks to mount a defenseof the program, a period of time that included the Thanksgiving holiday.

The charter school industry has a long history of supporting board members who have shown open hostility towards special education. Former Valley representative Tamar Galatzan was nearly successful in her attempt to shut down local Special Education Centers, an endeavor that was reversed by her successor, Scott Schmerelson. Monica Garcia complained at a school board meeting that money spent on special education caused "a serious issue [of] how can we serve our own kids". Now Melvoin wants to displace a program meant to improve the lives of those with special education needs to start a brand new general education program. During the strike they kept schools open even while openly admitting that they could not keep children with special needs safe. Apparently when they claim "kids first", they do not mean those who need the most help in reaching their full potential.

CTC West
(Image by LAUSD)   Details   DMCA
Carl Petersen is a parent, an advocate for students with special education needs, an elected member of the Northridge East Neighborhood Council and was a Green Party candidate in LAUSD's District 2 School Board race. During the campaign, he was endorsed by the Network for Public Education (NPE) Action and Dr. Diane Ravitch called him a "strong supporter of public schools." His past blogs can be found at www.ChangeTheLAUSD.com. Opinions are his own.