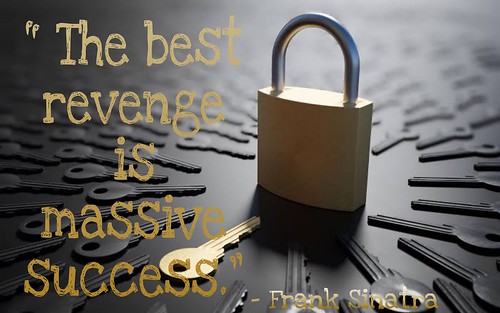 Frank Sinatra may not have said this, but whoever did had the key to New York City.
(Image by sherryanndizon8)   Details   DMCA

As "the city that never sleeps" turned the calendar to 2022 with the inauguration of Eric Adams just after midnight, partygoers didn't need Frank Sinatra's reminder to "start spreading the news" heard on the New Year's broadcast from Times Square. New Yorkers were well aware, as Brooklyn's Chris Matthew Sciabarra put it, that "the best news about the next mayor is that it won't be Bill de Blasio."

Few would vouch that de Blasio's administration had lived up to Eric Alterman's first-year hopes that the post-Bloomberg mayor would "use the power of the city government to make New York a fairer and more equal place for all its inhabitants."

Was the relentlessness of inequality since 2014, even well before the unexpected effects of COVID, merely due to de Blasio being the wrong choice to steer "the power of the city government," or disgraced governor and sometime de Blasio foe Andrew Cuomo likewise mishandling state government, not the nature of government power itself?

Elections don't offer control over policies that persist no matter who is in office. Concentrated political power, rather than being a counterbalance to economic consolidation, is more likely to promote and ossify the latter far beyond market levels. Columbia University alumnus Thomas E. Woods warned Americans that "no matter whom you vote for [president], you always wind up getting John McCain." New Yorkers always wind up getting Rudy Giuliani.

It's not too late to revive the plan offered by Norman Mailer and Jimmy Breslin in 1969, whose mayoral campaign literature told New Yorkers that they "want neighborhoods to govern themselves." Since "politicians have ridden this city right into the ground," they asked for decision-making to be transferred away from them to local communities who could have "power over their schools, police, sanitation, housing, parks and life styles."

Citywide impositions of uniform policies on issues from standardized testing to indoor smoking inevitably makes them politically contentious. Decentralization would unleash the ability of voluntary groups to coordinate cooperative activities, the potential for which has expanded far beyond what was possible eight years ago, let alone 53. And it's not too late for New York City to "be a part of it."

Writer of political commentary for venues such as the Center for a Stateless Society.
Related Topic(s): Former New York City Mayor Michael Bloomberg; Happy New Year; New Years Resolution; New York Election; New York Mayor Bill De Blasio; Year In Review, Add Tags
Add to My Group(s)
Go To Commenting
The views expressed herein are the sole responsibility of the author and do not necessarily reflect those of this website or its editors.