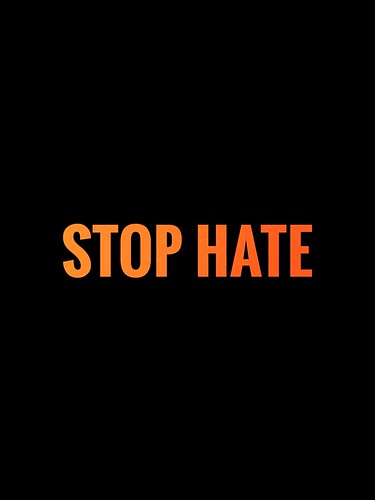 We are hearing from many that the world after Covid-19 will be different. The question is: Different in what way? Will it be better or worse?

Elites are working to make it better for them, and worse for the rest of us. About that the evidence is clear. The Big Boys are being bailed out and their debts covered. Everyone else, except those already marginalized and without a recent work record and fixed address, got a month's rent and extended unemployment benefits.

But the disparity in economic benefits is only a part of it. Powerful vested interests, such as Bill Gates and Big Pharma, are determined to vaccinate us all, and to control our movements with an internal passport called "vaccinated, health cleared" or other words to that effect. New tracking procedures and technologies are to be put in operation reminiscent of the "mark of the beast" to police the access of various categories of people to various areas and benefits.

Neither will nutrition and vitamin advocates be allowed to get in the way. Bill Sardi predicts that orchestrated scares generated by mandatory recalls of "toxic" vitamins await us. Big Pharma is determined to acquire control over vitamins and homeopathic remedies, and the FDA is Big Pharma's likely pawn.

Vaccination has been elevated above cure, as Big Pharma and its shills such as CNN shout down the positive experience doctors report of successful treatments with Hydroxychloroquine and Azithromycin, and the effectiveness of Vitamin C, Vitamin D3, and Zinc in strengthening the ability of immune systems to fight off the virus. Big Pharma-influenced medical orthodoxy cannot get out of the box it has been put into. When new thinking and experimentation are needed, those capable of thought are hassled and even blocked by FDA regulations and dogmatism.

The permanent government and its security agencies see in the population's fear and confusion opportunities to put into place more tyrannical measures, more set-asides of Constitutional Rights, more impairments on free speech. The ability of freedom to resist oppression is ever diminished.

Various descriptions of the expected dystopia are offered on the Internet. But it does not have to turn out this way. It is up to us. Demoralized and fearful, we can accept more government power as we did after 9/11. Instead, we can collectively recognize the massive failure everywhere of Western leadership and construct a more livable and sustainable society.

The failure of leadership is an opportunity for real change

CNN, the New York Times, and the rest of the controlled media tell us every day that President Trump represents the failure of leadership. But the failure of leadership goes beyond all the leaders of the last 30 years and resides in the system itself. Global, "self-regulating," greed-driven, financialized, soulless capitalism cannot unite people into a sustainable community.

The failure of leadership resides in the long-term failure of leadership that made Western societies vulnerable by moving high-productivity, high-valued jobs offshore in order to raise corporate profits at the expense of domestic consumer incomes. It means the movement offshore of the ability to produce medicines, N95 masks, and other needed resources for national survival. It means dependency on foreign powers. It means the inability to function without massive imports. However you look at it, globalism is a death sentence. Its only advantage is to the rich, and the advantage comes to them in the form of cheap labor that swells their profits while it shrinks domestic incomes and the purchasing power of the population.

Without incomes to drive the economy, the elites provided loans and expanded credit in order to provide spending power based in personal debt to absorb the off-shored production brought home to sell in American markets. The cost of college education soared as its quality declined. Education subsidies were cut and student debt substituted in its place. Inflation was understated in order to deny Social Security pensioners cost-of-living increases. Medicare payments to health care providers were squeezed down. The social safety net was ripped again and again. More and more people fell out, and homeless populations grew providing fertile breeding grounds for Covid-19.

Related Topic(s): Fear; Freedom; Men; Oppression; Politics; Women; World Issues; World Leaders, Add Tags
Add to My Group(s)
Go To Commenting
The views expressed herein are the sole responsibility of the author and do not necessarily reflect those of this website or its editors.