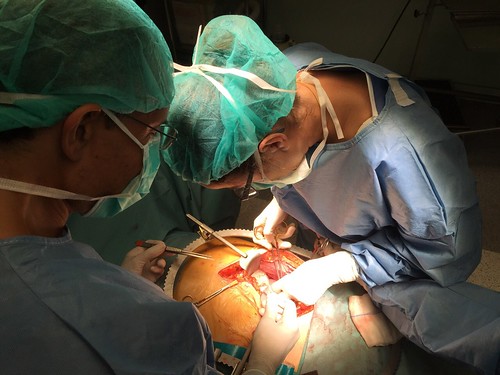 The headline on Hans Bader's piece at the Foundation for Economic Education is true as far as it goes: "Lifting the Ban on Kidney Sales Would Save 30,000 American Lives Annually." Bader draws on an earlier essay by Ilya Somin at The Volokh Conspiracy, who in turn riffs on findings published in the Journal of the American Society of Nephrology.

The TL;DR: "Many Americans die every year because they need kidney transplants, in large part due to federal laws banning organ sales. ... [A]n average of over 30,000 Americans have died each year, because the ban prevented them from getting transplants in time."

My preferred version of the headline: "The US government, as a matter of policy, kills 30,000 Americans annually."

And that body count consists only of Americans who die while awaiting kidney transplants.

It doesn't include those who die waiting for hearts, livers, or lungs that never arrive because patients -- or their insurers -- are forbidden to pay live donors, or the survivors of those who die with intact, transplantable organs, for those kidneys, livers, and lungs. Adding those deaths would almost certainly push the number above 2,977 every month.

What's special about 2,977? It's the number of people killed by terrorist attackers (excluding the attackers themselves) on September 11, 2001.

But every month, month in and month out, year after year, the US government kills that many or more with its policies. The public response? Crickets.

It's OK -- it's "ethical" -- to pay the surgeons. And the nurses. And the anesthesiologists. And the providers of anti-rejection drugs. And of course -- of course! -- the "medical ethicists" whose opinions underlie the ban.

Only the people who physically provide the indispensable elements of organ transplants, the organs, get empty envelopes come transplant payday.

Where's the outrage? The US has been at war for 18 years straight now, with 9/11 as the excuse. But 9/11 every month barely raises eyebrows. The politicians and the "ethicists" they've listened to remain at large. And, yes, they are well-paid.

Scary stories about homeless people with drug problems selling kidneys for crack, or being denied transplants for lack of money are just that: Scary stories.

If the purchase of organs was made legal, insurers (presumably including Medicare and Medicaid) would leap at the opportunity to save the money now wasted on expensive care for patients slowly dying as hope fades. A market price would emerge and people with good organs would respond to the incentive -- probably mostly in the form of prospective post-mortem donors looking to ease their families' losses.

Related Topic(s): Transplants, Add Tags
Add to My Group(s)
Go To Commenting
The views expressed herein are the sole responsibility of the author and do not necessarily reflect those of this website or its editors.