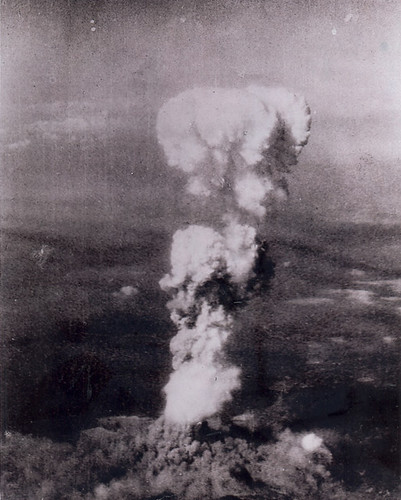 Flash! Nuclear bombs and warheads have just joined landmines, germ and chemical bombs and fragmentation bombs as illegal weapons under international law, as on Oct. 24 a 50th nation, the Central American country of Honduras, ratified and signed a UN Treaty on the Prohibition of Nuclear Weapons.

Of course, the reality is that despite this outlawing of landmines and fragmentation bombs by the UN, the US still uses them routinely and sells them to other countries, has not destroyed its stockpile of chemical weapons, and continues with controversial research on weaponized germs which critics say has a potential dual defensive/offensive utility and purpose (the US is known to have used illegal germ warfare against both North Korea and Cuba during the '50s and '60s).

That said, the new treaty outlawing nuclear weapons, which the US State Department and Trump administration strenuously opposed and which it has been pressuring countries not to sign or to withdraw their endorsement of, is a big step forward towards the goal of abolishing of these horrific weapons.

AsFrancis Boyle, professor of international law at the University of Illinois, who helped author the international law against germ and chemical weapons, tells ThisCantBeHappening!, "Nuclear weapons have been with us since they were criminally used against Hiroshima and Nagasaki in 1945. We are only going to be able to get rid of them when people realize that they are not just illegal and immoral but also criminal. So for that reason alone this Treaty is important in terms of criminalizing nuclear weapons and nuclear deterrence."

David Swanson, author of several books arguing for a ban not just on nuclear weapons but to war itself, and a US director of the global organization World Beyond War, explains how the new UN treaty against nuclear weapons, by making the weapons illegal under international law under a UN Charter that the US is both an author of and an early signatory to, will help the popular global movement to eliminate these ultimate weapons of mass destruction.

Says Swanson, "The treaty does several things. It stigmatizes defenders of nuclear weapons and countries that have them. It aids the divestment movement against companies involved in nuclear weapons, since nobody wants to invest in things of dubious legality. It aids in pressuring nations that align with the US military to join in signing the treaty and abandoning the 'nuclear umbrella' fantasy. And it aids in pressuring the five nations in Europe that currently illegally allow the stockpiling of US nukes within their borders to get them out."

Swanson adds, "It may also aid in encouraging nations around the globe with US bases to start putting in place more restrictions on what weapons the US can deploy at those bases."

The list of 50 nations that have thus far ratified the UN Treaty, as well as the other 34 that have signed it but have yet to have their governments ratify it, is available for inspection here"