Delusion and Deception in Service of American Empire

In early February, U.S. Congresswoman Alexandria Ocasio-Cortez introduced a congressional resolution titled "Recognizing the duty of the Federal government to create a Green New Deal." The stated goal of the Green New Deal is to reduce greenhouse gas emissions (it also contains calls for curbing economic inequality and racial injustice). This resolution is non-binding, which means that even if Congress passes it, nothing in the proposal would become law. But it has become a rallying cry for sections of the environmental movement and for many progressive-minded people. The following analysis demonstrates that the Green New Deal is not a solution to the problem of climate change but is part of the problem.

The planet is warming at an alarming rate, with horrific consequences for humanity and while putting ecosystems and species in peril. International summits, agreements, and commitments from Kyoto to Paris have done little to nothing.

The most important fact is this : The problem of global warming cannot be resolved within the confines of this global capitalist-imperialist system. 1

There are only two choices: let the planet hurtle uncontrollably towards environmental disaster, and let other horrors continue and intensify such as wars of aggression and the oppression of black and brown people, of women, and of immigrants; OR we make a revolution, an actual revolution to overthrow this system of capitalism-imperialism.

Along comes the Green New Deal. Does it offer a more practical and immediate way to solve this crisis? No! It leaves in place the system of capitalism-imperialism, the very cause of global warming, with its production for profit, its oil/energy corporations, and the U.S. military machine. It operates on the basis of a fundamental and dangerous fallacy that the current U.S. economy and standard of living simply needs to be weaned on to sustainable energy when in fact a radical rupture is required in how what is today the United States interacts with the rest of the world and with the natural world.

This is not possible without an ACTUAL revolution, without dismantling and defeating the oppressive forces of the old order, and replacing it with a radically different system and society that are in line with the interests of humanity. But before we get to that, let's actually examine the Green New Deal itself.

THE GREEN NEW DEAL: PART OF THE PROBLEM, HARMFUL AND MISLEADING

1. The Green New Deal Takes as a Given and Reinforces Imperialist Privilege

The Green New Deal sets out to "meet 100% of the power demand in the United States through clean, renewable, and zero-emission energy sources... building or upgrading to energy-efficient, distributed, and 'smart' power grids and working to ensure affordable access to electricity."2

Read those words again: "meet 100% of the power demand in the United States...." In other words, the Green New Deal takes America's current level of production and consumption as a given. It takes the enormous disparities in energy consumption between the U.S. and most of the world as a given. It takes as a given (without admitting) that the standard of living of the richest economy in the world rests on the exploitation of hundreds of millions across the planet... and the plunder of the resources of the planet.

Walmart and most other major U.S. corporations outsource production (and pollution!) to China, Bangladesh, countries in Central America, and elsewhere. America's total carbon pollution worldwide is actually 14 percent higher than the domestic numbers reveal... when you factor in the greenhouse gases emitted in the manufacture of cars, clothing, and other products overseas but consumed in the U.S. 3

Can you solve the problem of global warming while keeping all these supply chains, with their sweatshops, pollution-intensive industrial agriculture, and shipping, intact? No you cannot. 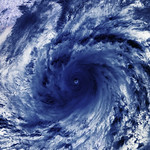 Can you avert the collapse of ecosystems and get to zero-carbon emissions without making profound and, yes, wrenching changes in how we live, in what is produced and how, in what and how much we consume, in transport, in our values? You cannot.

But the Green New Deal spins the toxic fable that in the imperialist enclaves we can have it all: high growth, imperialist prosperity, and sustainability based on government-supported green-technology fixes. This is not a solution but a reinforcement of the system that causes global warming.

Related Topic(s): Environment; Green New Deal; Revolution, Add Tags
Add to My Group(s)
Go To Commenting
The views expressed herein are the sole responsibility of the author and do not necessarily reflect those of this website or its editors.