The violence and destruction is tragic, after a tragic murder. Here are some signs and comments that add some perspective. I used the Opednews/populum Image Gallery tweet and Twitter Image search tool to find and insert them in the article 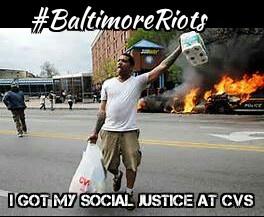 Related Topic(s): Baltimore Riots; Protest Sign; Protest- Civil Disobedience, Add Tags
Add to My Group(s)
Go To Commenting
The views expressed herein are the sole responsibility of the author and do not necessarily reflect those of this website or its editors.

STAY IN THE KNOW
If you've enjoyed this, sign up for our daily or weekly newsletter to get lots of great progressive content.
Series: "Activism, Protest, Civil Disobedience"