Ahead of Kerry's trip to Moscow, the Washington Post leaked tantalizing details on "Obama's Syria plan teams up American and Russian forces."

According to administrations officials, Obama proposes the setting up of joint headquarters in Jordan, where American and Russian military would engage in "deep cooperation."

The Post reports that "the participants should coordinate procedures to permit integrated operations" adding that "the administration spells out details about how it wants the United States and Russia to work together on the ground." 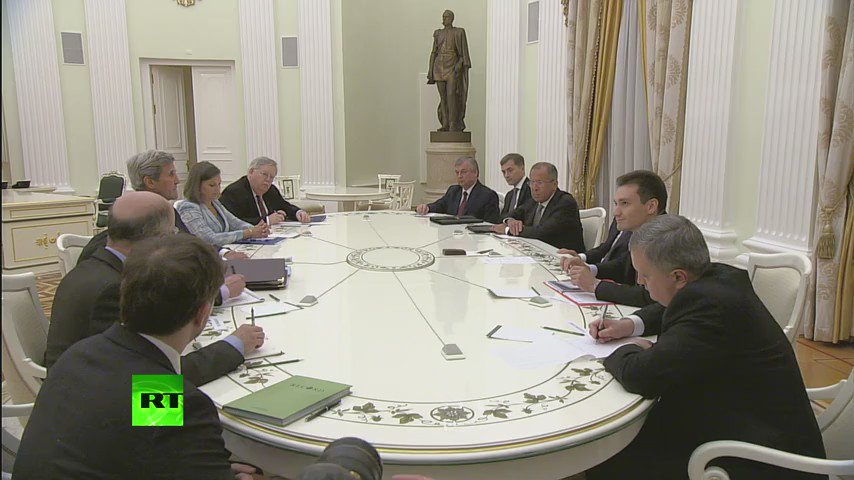 It all sounds like an ambitious and comradely joint venture that suddenly overturns months of American obstructionism towards Russia in Syria. Not only is it a tacit admission that Russia's intervention has actually been effective in eliminating terror groups, there is also a hint as to Washington's ulterior concern.

The Washington Post puts it like this: "In exchange for US assistance against [al Qaeda-linked] Jabhat al-Nusra, the Russian side would be required to limit airstrikes to targets both sides agreed on and also to ensure that the Syrian air force would stand down and not bomb targets in agreed-upon designated areas."

Leaving aside the question about whether Russia really needs "US assistance" in pursuing its own very effective anti-terror operation, the giveaway condition being demanded by Washington is that it wants the Russian-Syrian offensive to be curtailed. And that is the issue.

Related Topic(s): Bashar Al-assad; Intervention; Obama; Putin; Russian Diplomacy; Syria, Add Tags
Add to My Group(s)
Go To Commenting
The views expressed herein are the sole responsibility of the author and do not necessarily reflect those of this website or its editors.