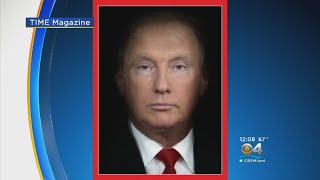 At the beginning of April in 2017, barely two months after Trump was sworn in as president, I asked the question, "Is the President of the United States a Russian Puppet?" That story is republished below.

A few days later, Salon published a piece lampooning the notion that Donald Trump was "Totally Not Vladimir Putin's Puppet." Turns out he totally is. The question is, Why? It is an important question, because it speaks to what Putin will require of Trump next, and what must be done to stop it.

A salacious video in Putin's possession would not be likely to make Trump risk the perception of Treason to serve the will of Putin unless it were "extreme" in nature. While that is possible, there is a far more plausible and better-documented rationale. Donald Trump has an advanced-stage wealth addiction. But oddly he isn't very good at earning money. His business models tend to be pretty scammy, often not producing tangible earnings. Enter Russian financing.

Money seems to have been flowing for years from Russian sources into Trump enterprises. Press reports have documented a number of interactions the Special Counsel investigation might be looking into.

Examples include the 40-million-dollar mansion in Florida that Trump sold to a Russian fertilizer magnate for 100 million and the Trump International Hotel and Tower project in Baku, Azerbaijan, for which no one seems to be able to trace the cash flow. In addition, questions swirl, like "Where Did Donald Trump Get Two Hundred Million Dollars to Buy His Money-Losing Scottish Golf Club?"

These are of course things journalists have reported. Mueller's team surely knows more, potentially much more. One thing Mueller's team is very good at is following the money. Smart money says it leads to a place of Putin's control.

Looks like the emoluments thing actually mattered after all. Who knew?

Is the President of the United States a Russian Puppet?

Testifying before Senate Intelligence Committee's hearing on Russian interference in the 2016 U.S. presidential campaign, former FBI counter-terrorism expert Clinton Watts described how he and his colleagues battled Russian cyber-attackers during the months prior to the November 8th election.

Republican senator James Lankford, questioning Watts, wanted to know why the Russian cyberattacks, which had existed for some time, had increased so dramatically during this election cycle. Why now?

Related Topic(s): Investigation; Money; President Campaign; President Trump; Russian Influence, Add Tags
Add to My Group(s)
Go To Commenting
The views expressed herein are the sole responsibility of the author and do not necessarily reflect those of this website or its editors.