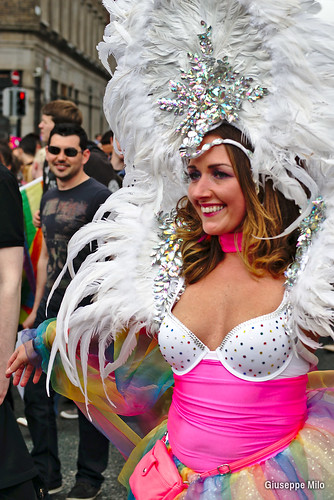 By Kimberly Bartenfelder and Robert Weiner

Identifying as part of the LGBT community-- more inclusively LGBTQ+-- seems to be costly in Trump's America. With tweeted promises in 2016 including, "Thank you to the LGBT community! I will fight for you while Hillary brings in more people that will threaten your freedoms and beliefs," Mr. Trump has done the exact opposite.

On the forefront of tolerance and acceptance is San Francisco -- deemed the "gay capital" in LIFE Magazine in 1964--- a 55+ yearlong champion of the LGBTQ+ community. According to a Gallup survey, 6.2% of San Francisco inhabitants identify as LGBTQ+, the highest in the nation. Gallup reported in 2017 that roughly 11 million people nationally identify along the LGBTQ+ spectrum-- 4.5% of the total U.S population.

However, as this year's Pride Month continues, the community at large, especially transgender individuals, are ambushed with rollbacks to their rights and privileges.

In 2017 Trump called for a transgender military ban, tweeting, "After consultation with my Generals and military experts, please be advised that the United States Government will not accept or allow transgender individuals to serve in any capacity in the U.S. Military. Our military must be focused on decisive and overwhelming victory and cannot be burdened with the tremendous medical costs and disruption that transgender in the military would entail."

The medical expenses, specifically gender transitioning, which Trump noted, are not as costly or sought out as projected. As reported by a RAND analysis, funding for gender transitioning is amounted to an increase of 0.04-0.13 percent-- between $2.4-8.4 million, not even a dent in the roughly $50 billion DOD healthcare budget, and way less than one thousandth of 1% of Trump's $700 billion military budget-- "the biggest ever" he claims.

Many reports suggest the difficulty in finding exact numbers of transgender military service members. Up until 2011 "Don't ask, Don't tell" was government enforced, attributing to the ongoing wide range of data. However, the Williams Institute, a UCLA Law independent think tank, reported in 2014, "approximately 15,500 transgender individuals are serving on active duty or in the Guard or Reserve forces." They also estimate, "134,300 transgender individuals who are veterans or are retired from Guard or Reserve service." The current administration's goal is to prevent their further service and recognition.

Smithsonian Magazine in 2019 highlighted a few stories. Although some commands are welcoming like "Lainey's" who said, "'She will be respected. Discrimination will not be tolerated'" those like Paxton Eakin explain how, "'Some of my friends are against trans people in the military. They tell me, 'Oh, but you're different.' I say, 'Why? Only because you got to know me'" -- while some have brutal anecdotes.

Transgender athletes face hardships in sports as well, but the sports community says it wants to insure fairness. In Connecticut, three high school females have filed a discrimination lawsuit because of transgender athletes consistently placing in the highest positions in races. The women they beat are claiming denial of championships, medals, and future scholarships.

Although not transgender, World Champion Caster Semenya is bringing international attention to those who do not perfectly match sport gender-sex guidelines. Though a Swiss court could overrule the sports court, Semenya lost her case to compete in women's track when the Court of Arbitration for Sport ruled in favor of her being required to take hormones to reduce her testosterone to women's levels. She refuses to do, asserting she must remain true to herself. The debate for fairness rages.

Some progress has been made. In May 2019, the House passed the Equality Act, supported by eight Republicans. However, Senate Majority Leader, McConnell has yet to call a vote.

Moreover, San Francisco continues to impress-- a city of many LGBTQ+ firsts and traditions. Vital to its history is being home of the Daughters of Bilitis, originating the rainbow Pride flag in 1978, hosting the first ever gay games, among other establishments.

Today the city continues to be an example of social advocacy, education, and assistance specifically with the San Francisco Trans March held on the last Friday of Pride Month (June 28 this year). Yet the Trans March website reports, "Our rights and existence have been more intensely under attack since the election so it's even more critical that we gather this year to fight back, resist, celebrate and create community."

39% of the population in 2017 said that American society has not gone far enough when accepting transgender individuals according to Pew Research. Also, pushing for public support is a recent Gillette commercial featuring a transgender man shaving for the first time with his father's help.

Related Topic(s): Discrimination; Equality; LGBT; Policy; Republican; Rights; Transgender; Trump; Trump Cruelty; Trump Executive Order; (more...) Trump Presidency; Trumpism, Add Tags  (less...)
Add to My Group(s)
Go To Commenting
The views expressed herein are the sole responsibility of the author and do not necessarily reflect those of this website or its editors.