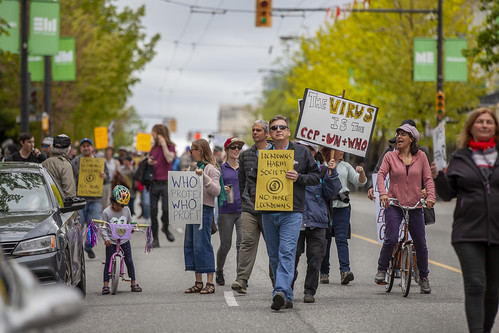 Contesting the messaging about lockdown protests. People who don't have $400 to handle an emergency did not drive hundreds of miles to go to anti-lockdown protests. Tony tech employees may be up for going back to their employer funded gyms. And then there are the protesters funded by people like Betsy De Vos. And let's not forget the United Kingdom, where police arrest these protesters and some scheduled protests have had zero people show up.