It is no coincidence that New York is where Alexandria Ocasio-Cortez scored her stunning upset victory over 10-term incumbent Rep. Joseph Crowley, in the Democratic Primary. New York State's vote-counting machines are 100% hand-marked paper ballots with ballot imaging technology. That means a digital image of each ballot is made by the machine as it gets fed into the intake slot. 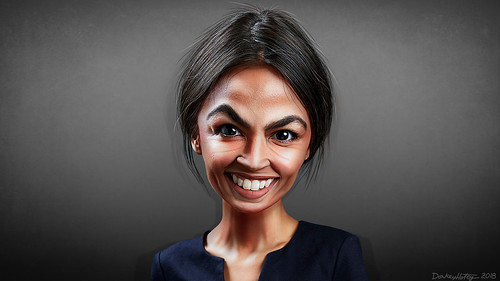 Alexandria Ocasio-Cortez - Caricature
(Image by DonkeyHotey)   Details   DMCA
It doesn't matter whether you are Democrat, Republican, or something else. When you have transparency in elections, upsets over established incumbents can happen. Otherwise, not so much.

Look at the recent fiasco in Florida...