FORMER NYC mayor and multibillionaire Democratic presidential candidate Mike Bloomberg used prison labor to make campaign calls. Through a third-party vendor, the 2020 campaign contracted NJ-based call center company ProCom, which runs calls centers in NJ and Oklahoma. Two of the call centers in OK are operated out of state prisons. In at least one of the two prisons, incarcerated people were contracted to make calls on behalf of the Bloomberg campaign.

According to a source, who asked for anonymity for fear of retribution, people incarcerated at the Warrior Correctional Center, a minimum-security women’s prison with a capacity of more than 900, were making calls to CA on behalf of Bloomberg. The people were required to end their calls by disclosing that the calls were paid for by the Bloomberg campaign. They did not disclose, however, that they were calling from behind bars. 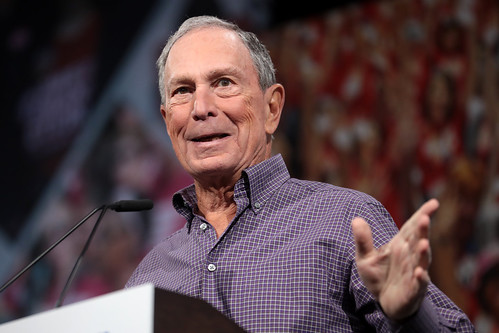 He claims he had no idea that those calls were being made by prisoners
(Image by Gage Skidmore)   Details   DMCA
Read the rest of the story HERE:

STAY IN THE KNOW
If you've enjoyed this, sign up for our daily or weekly newsletter to get lots of great progressive content.
Series: "Prison"