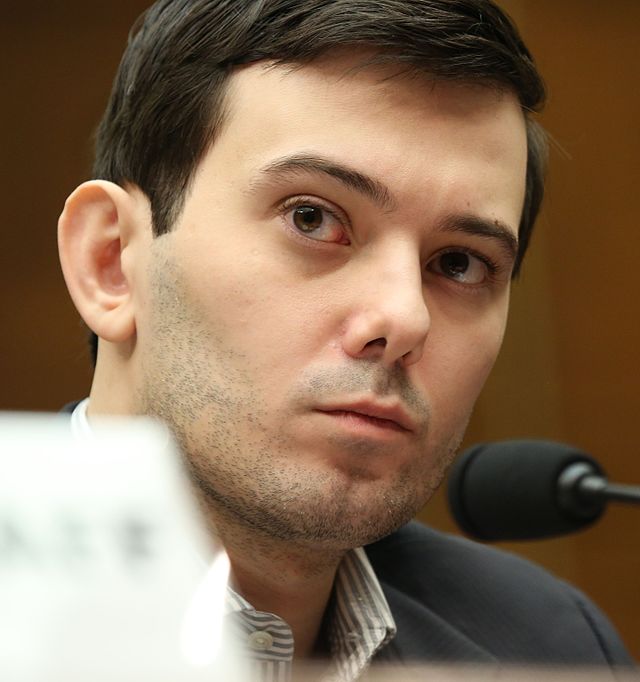 Martin Shkreli 2016
(Image by (From Wikimedia) House Committee on Oversight and Government Reform, Author: House Committee on Oversight and Government Reform)   Details   Source   DMCA
Martin Shkreli, who gained national notoriety two years ago for jacking up the price of a drug used by AIDS patients, was convicted of securities fraud Friday for mismanaging two investment funds. A jury in Brooklyn deliberated almost five days before returning guilty verdicts against Shkreli, 34, on two counts of securities fraud and a single count of conspiracy. He was acquitted on five other counts of conspiracy. The most serious count, securities fraud, carries a maximum prison term of 20 years.
Read the rest of the story HERE: