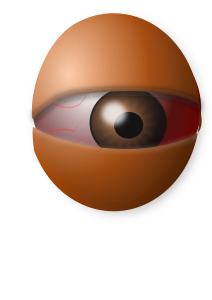 If ever Americans sell their birthright, it will be for the promise of expediency and comfort delivered by way of blazingly fast Internet, cell phone signals that never drop a call, thermostats that keep us at the perfect temperature without our having to raise a finger, and entertainment that can be simultaneously streamed to our TVs, tablets and cell phones.

Likewise, if ever we find ourselves in bondage, we will have only ourselves to blame for having forged the chains through our own lassitude, laziness and abject reliance on internet-connected gadgets and gizmos that render us wholly irrelevant.

Indeed, while most of us are consumed with our selfies and trying to keep up with what our friends are posting on Facebook, the megacorporation Google has been busily partnering with the National Security Agency (NSA), the Pentagon, and other governmental agencies to develop a new "human" species.

In other words, Google--a neural network that approximates a global brain--is fusing with the human mind in a phenomenon that is called "singularity," and they've hired transhumanist scientist Ray Kurzweil to do just that. Google will know the answer to your question before you have asked it, Kurzweil said. "It will have read every email you will ever have written, every document, every idle thought you've ever tapped into a search-engine box. It will know you better than your intimate partner does. Better, perhaps, than even yourself."

But here's the catch: the NSA and other government agencies will also know you better than yourself. As William Binney, one of the highest-level whistleblowers to ever emerge from the NSA said, "The ultimate goal of the NSA is total population control."

We're fast approaching Philip K. Dick's vision of the future as depicted in the film Minority Report. There, police agencies apprehend criminals before they can commit a crime, driverless cars populate the highways, and a person's biometrics are constantly scanned and used to track their movements, target them for advertising, and keep them under perpetual surveillance.

Cue the dawning of the Age of the Internet of Things, in which internet-connected "things" will monitor your home, your health and your habits in order to keep your pantry stocked, your utilities regulated and your life under control and relatively worry-free.

The key word here, however, is control.

In the not-too-distant future, "just about every device you have -- and even products like chairs, that you don't normally expect to see technology in -- will be connected and talking to each other."

This "connected" industry--estimated to add more than $14 trillion to the economy by 2020--is about to be the next big thing in terms of societal transformations, right up there with the Industrial Revolution, a watershed moment in technology and culture.

Between driverless cars that completely lacking a steering wheel, accelerator, or brake pedal, and smart pills embedded with computer chips, sensors, cameras and robots, we are poised to outpace the imaginations of science fiction writers such as Philip K. Dick and Isaac Asimov.

The 2015 Consumer Electronics Show in Las Vegas is a glittering showcase for such Internet-connected techno gadgets as smart light bulbs that discourage burglars by making your house look occupied, smart thermostats that regulate the temperature of your home based on your activities, and smart doorbells that let you see who is at your front door without leaving the comfort of your couch.

Nest, Google's $3 billion acquisition, has been at the forefront of the "connected" industry, with such technologically savvy conveniences as a smart lock that tells your thermostat who is home, what temperatures they like, and when your home is unoccupied; a home phone service system that interacts with your connected devices to "learn when you come and go" and alert you if your kids don't come home; and a sleep system that will monitor when you fall asleep, when you wake up, and keep the house noises and temperature in a sleep-conducive state.

It's not just our homes that are being reordered and reimagined in this connected age: it's our workplaces, our health systems, our government and our very bodies that are being plugged into a matrix over which we have no real control.

Related Topic(s): Electronics; Future; Gadgets; Government; Internet Of Things; Internet Surveillance; Smart Light Bulbs; Smart Technology; Smart Thermostats; Smartwatch; (more...) Technology; Technology -Video; Technology Of War, Add Tags  (less...)
Add to My Group(s)
Go To Commenting
The views expressed herein are the sole responsibility of the author and do not necessarily reflect those of this website or its editors.